In Praise of Older Women

Tom Berenger, 28-years-old at the time, is just about the least-passable 16-year-old ever on film. However, he sure is pretty. Plus he is often showing lots of skin (plus his bits and pieces) in this soft-core Canadian film, which made In Praise of Older Women a surprise hit in the 1970s.
By Lindaon December 3, 2012
0 Comments
Our Rating 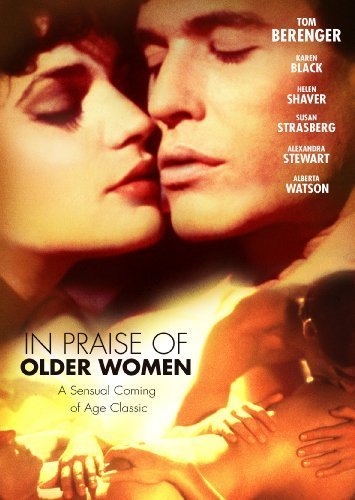 Andras is a young man who came quickly of age in World War II Hungary. We see this in the opening scene as 10-year-old Andras, played by a very young actor, is, errrr, “serviced” by a French whore in a military tent! Oh. My. God. This scene is shocking now, and I can’t imagine how audiences would have reacted in 1977, as the camera thankfully focuses in only on the boy’s face as he receives this first time pleasure. Ew. OK? Ew.

Fast forward a few years, and 16-year-old Andras (now Tom Berenger) is so horny he can’t even stand it. He has a woefully unsuccessful attempt at lovemaking with his 17-year-old girlfriend, and out of frustration he becomes obsessed with his hot, married, older-woman neighbor Maya (Karen Black). Maya doesn’t exactly spurn his interest, doing things to lead him on, like grab books from high shelves so her breasts are practically in his face. It is not long before they are lovers. This is great for both of them, until Andras’ eyes start to stray and Maya realizes that she won’t be able to keep his attention. Soon, Andras is forced to move on.

In Praise of Older Women is basically a series of soft-porn exploits from Andras’ teens to late 20s. He has a series of lovers, and the are all (wait for it) older women. And yes, they are all hot, played by such lookers as Susan Strasberg, Helen Shaver, Alexandra Stewart, and Marilyn Lightstone. They range from a self-proclaimed “frigid” woman (he eventually takes care of that problem, of course), to a woman who bucks like a bronco in bed. And this is all against the backdrop of 1950s Hungary, when the young were fighting the Russian occupation, at first successfully, then not so much.

If anything, In Praise of Older Women is always interesting, if a bit obnoxious. Andras narrates the story as a very pleased-with-himself older gentleman, looking back on his days as a lover of the ages. But despite the fact that he is very handsome, it is sometimes hard to see Andras’ charms, especially as most of his relationships end up with him pouting like a little kid (maybe he has a mommy complex?). The film is worth checking out for the curiosity factor, if you don’t have expectations beyond some 70s soft-core titillation. 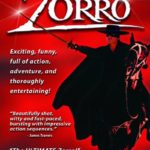 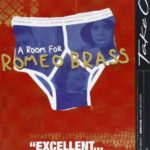