In a sweet, weep-worthy Disney arc that just happens to be real life, the wonderful world of animated films proves to the be the key that unlocks communication for a young man with autism.
By Lindaon December 9, 2016
0 Comments
Our Rating 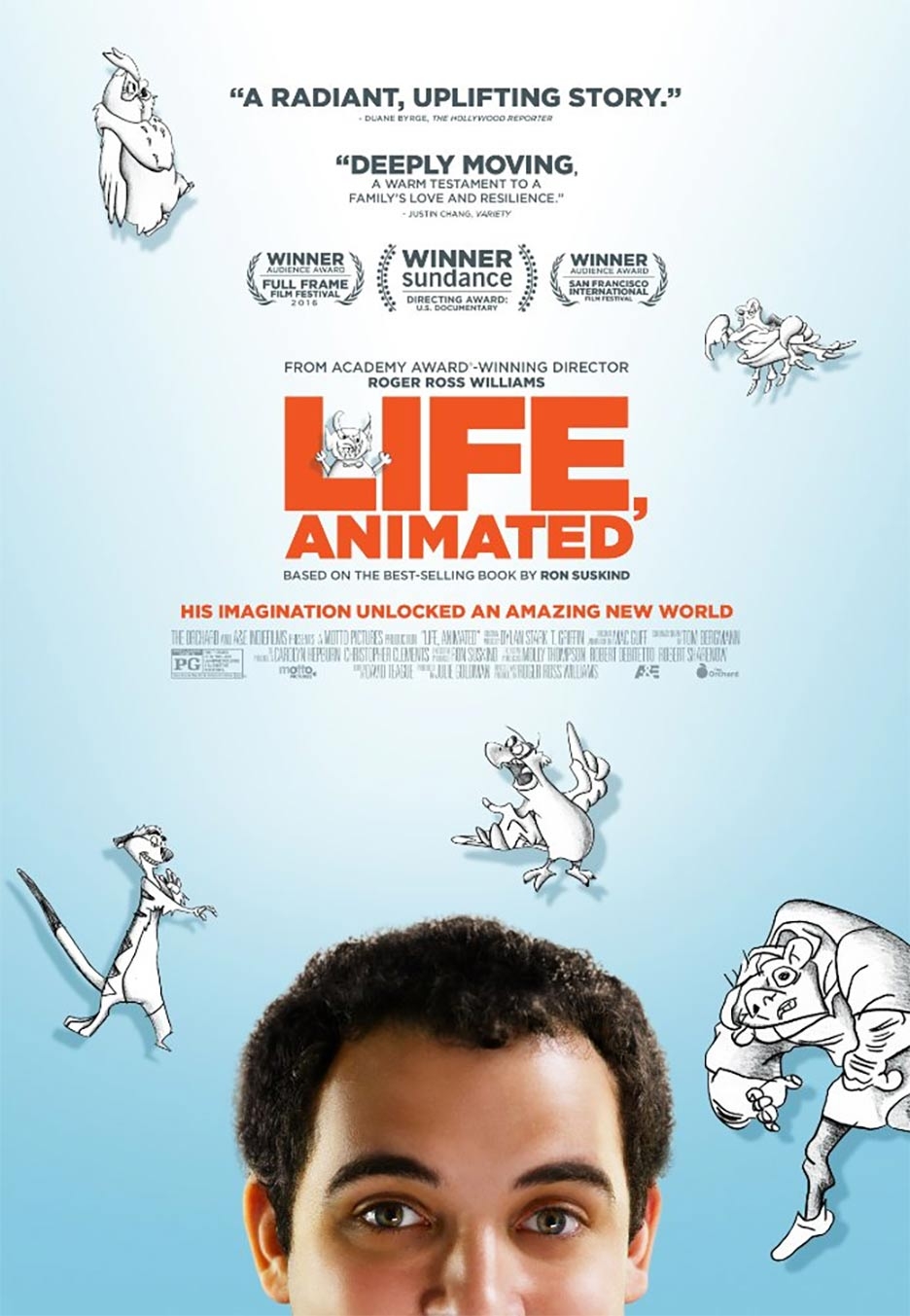 When recounting how his vivacious, chatty toddler suddenly changed, father Ron Suskind remembers, “All of a sudden, at 3 years old, Owen vanishes. The doctor says, ‘Let me explain what autism is…'” It is a parent’s worst nightmare, finding out that your child is disabled, and grappling with the knowledge that your kid may never lead a “normal” life.

The Suskind family–father, mother, and older brother–vowed to love and protect young Owen as he was, so they were understandably astonished when the speechless, autistic childe had a breakthrough. While watching one of the family-favorite Disney animated movies, Owen kept repeating what they first thought was a slurry line of gibberish. It turned out that he was reciting a line directly from the movie, which by no accident related to his current moment. He was suddenly “speaking Disney”, relating to the world via Disney cartoons. Whether it was the world of Aladdin, Peter Pan, or The Lion King, Owen could take moments and dialogue from the films, and not only apply those moments to his own life, but use the scenes to communicate to his family and others.

In Life, Animated, we meet Owen at age 23. He is able to hold a conversation with only a bit of awkward cadence, he has a girlfriend, and he is just about to “graduate” from his school and move out of his parents’ home to his own apartment with other austistic adults. He interviews for a (perfect) job at a movie theater, and realizes that there are some parts of adulthood he will need to navigate without using Disney as a cheat sheet (most importantly: sex).

The story arc of Life, Animated is worthy of Disney itself. Interspersed with lovely animated scenes to reflect Owen’s childhood or his way of thinking, it is engaging, makes you laugh, reflect, and even cry. Yes, I was kind of weepy through most of the film, I admit. It is a classic coming of age formula that just so happens to have more than the usual stakes, the danger and reality of societal rejection. But as any viewer can see, the dynamic and likeable Owen is off to a good start. This is one of those films which will beg for “where are they now?” check ins for years to come. I wish Owen all these best in his journey.