I will admit to being a Peanuts purist and, when word got out that Hollywood was planning a computer-animated version of the beloved cartoons, my reaction was a hearty, “Good grief.”
By Vickieon July 12, 2016
0 Comments
Our Rating 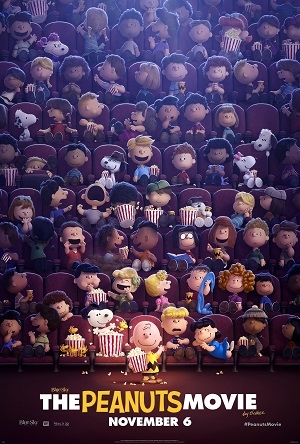 Whyyyy? Why did this need to be made? And in 3d?? And, more importantly, would it turn into one of those über-hip, let’s-update-the-classic remakes – filled with modern-day lingo and content that aims to show off technology instead of solid storytelling? Please no, thought I.

Thankfully, the film fully retains the classic’s wholesome tone, pacing and overall vibe, so fans of the cartoons need not worry about some bastardized version of Charlie Brown and company. Unfortunately, though, in their efforts to be reverent to the source material, the filmmakers have created a somewhat bland homage that cherry picks memorable bits from the Peanuts TV specials and films, and reassembles those elements into a kind of ho-hum story that lacks the emotional punch of its predecessors.

The bulk of the film revolves around parallel stories about the pursuit of love: Charlie Brown becomes smitten with the Little Red-Haired Girl and tries to win her over, while Snoopy immerses himself in the iconic Flying Ace fantasy that finds him trying to rescue a comely poodle named Fifi from the Red Baron.

But when a film’s big crisis is a book report, it’s hard to become overly invested in the outcome.

While Snoopy and Woodstock – and their cute and colorful misadventures – are lively and fun and tailor-made for this sort of high-tech outing (a full-length feature with just those two would be a winner!), sad-sack Charlie Brown and his perpetual disappointments just feel blah. As a result, I found myself distracted by things like Linus’s hair, which works as a two-dimensional drawing but looks like snakes or dreadlocks in 3D animation. Then I realized that me being preoccupied by something so minor was probably a sign that I wasn’t as engaged in the proceedings as I should have been.

As a film for young kids, this movie provides a sweet, super-simple story that’s as G-rated as they come. And, for Charles Schultz’s super-fans, who prayed Fox wouldn’t destroy the franchise, The Peanuts Movie should come as a huge relief.

But for me, as a filmgoer, it was just okay, and not nearly as memorable as it could have been.

One of the souped-up versions of the home video release, the Limited Edition Gift Set, not only includes the DVD, Blu-Ray, and Digital HD, but you also get a small plush Snoopy with his Flying Ace helmet and scarf (awwww!). The Blu-ray features are pretty sweet, including both in-front-of the scenes extras (like extra scenes of Snoopy Snippets), and several fun behind the scenes featurettes about the making of the movie and the history of Charlie Brown and the Peanuts gang. For instance, the animators made sure to only show on screen exactly what you may see in a panel comic, i.e. only six possible views of a character’s head (they show the transition of movement, and it is literally like a flip page, as opposed to seamless animated movement). They were very careful to honor “Sparky” and his original creations, almost reverent, culminating in sweet modern variation of the classic comics. Some of the other extras include the “Better When I’m Dancing” music video (and behind the scenes of the video), background on the scene showing Snoopy’s siblings, and short pieces showing how to draw Snoopy, Woodstock, and Charlie Brown.