If it were the end of the world, I’d want to be stuck with more interesting people than these folks.
By Lindaon June 13, 2014
0 Comments
Our Rating 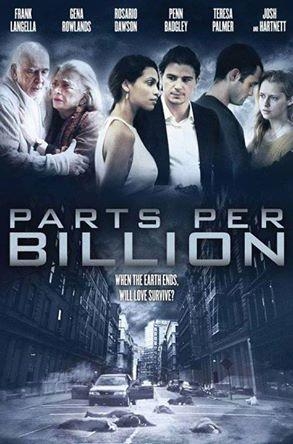 With a poster that suggests disaster and mayhem, Parts Per Billion is actually an intimate drama more concerned with relationships than the outside world. But considering that the whole point is that the outside world is going to hell in a handbasket, you’d think that would play a bigger role in what is going on.

Urgent news footage opens the film, showing war in the Middle East, with talking heads expressing concern about the escalation of the conflict, then worried reports that biological weapons have been used, wiping out first communities, then cities, then spreading across countries. OK, it is a good start to see a terrifying map of a cloud spreading from the Middle East to Europe, then into the air currents headed toward the East Coast of North America. With what sounds like a 0% survival rate, this is truly terrifying.

Meanwhile, three couples in an unnamed American city are going about their daily lives. A young 20-something couple (Teresa Palmer and Penn Badgley), bicker, make out, express obsessive love, then flip into obsessive jealousy. Oh, and they just got engaged. They are thoroughly uninteresting. Then there is a 30-something couple (Rosario Dawson and Josh Hartnett), who are opposites that apparently attract. He’s a slacker writer, shooting hoops with his buddy, while she is a high-powered attorney, representing fancy clients. They are vaguely interesting. Finally, there is the elderly couple (Frank Langella and Gena Rowlands). She is sickly, so they find themselves in the hospital when the virus hits town. His secret is that he is the scientist that not only came up with the idea for the biological weapon, but sold it to the bad guys in the Middle East back in the day… the same bad guys that probably unleashed it, and from the looks of it, killed off humanity. This couple is the most interesting, mainly because the Langella does the best with what he is given, and he is the most complex of the characters.

The problem with this movie is that there isn’t enough disaster to really label it an “end of the world” movie. Things are going along as usual for these people, and we are shown lots of flashbacks to supposedly flesh out their stories. By the time we end up back in the present, except for the elderly couple, and maybe Josh Hartnett, you just want to encourage them to run outside and get it over with. The relationships are too uninteresting for Parts Per Billion to be a good drama, and there isn’t enough mayhem to be a good disaster flick. 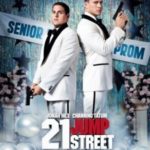 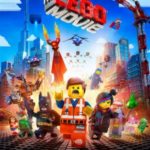