You know, Channing Tatum is a really funny dude. And pairing him with Jonah Hill, who’s equally funny but in a completely different way, makes for a pretty entertaining film.
By Pie Pal Vickieon June 13, 2014
0 Comments
Our Rating 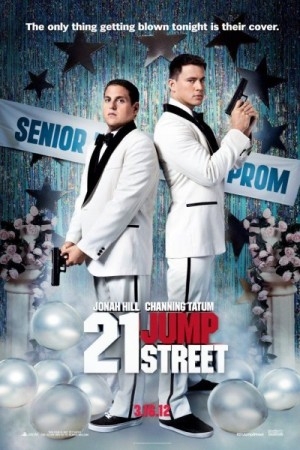 Less a remake than a clever reboot, this big-screen incarnation of the iconic 1980s TV series of the same name simultaneously embraces formula and turns it on its ear. Here, somewhat-inept-but-desperate-to-arrest bicycle cops Jenko (Tatum) and Schmidt (Hill) find themselves reassigned after one too many screw-ups. Given their youthful looks, they’re transferred to the Jump Street division – a team of undercover cops who infiltrate high schools to nab criminals, teenaged and otherwise. Under the command of a perpetually (and hilariously) enraged captain (Ice Cube), the duo are re-enrolled in high school and sent on the hunt for the source of some deadly drugs that are being dealt.

Thing is, our heroes quickly discover that a lot has changed since they were last seniors. So, one-time geek Schmidt finds himself part of the cool crowd, and former popular jock Jenko is relegated to the world of science nerds and outcasts. The results of having these key tables turned makes for much of the movie’s humor, as each guy relishes (or laments) his opportunity to relive, recreate and reform his past in the present.

Filled with plenty of winks to the audience – about the genre, about the original show – and just enough frat-boy laughs to appeal to the under-25 set but not so many as to put off the over-30 crowd (in which I include myself), 21 Jump Street is two hours of silly, enjoyable fun. There are running jokes involving explosions and the male anatomy that are always paid off, and a few cameo appearances that had the crowd in the theater applauding.

The supporting cast is strong, with folks like Dave Franco, Brie Larson, Ellie Kemper, Rob Riggle and Chris Parnell (whose under-his-breath asides are comic gold) populating the high-school’s auditoriums and hallways. A film is often only as good as its weakest actor and, thankfully, there are no slouches here.

Best of all, though, are Tatum and Hill, whose chemistry – with each other and with their co-stars – makes the movie. Tatum, usually relegated to the handsome-hero role, gets to exercise his comedic chops and proves (as he did when he guest-hosted Saturday Night Live) he’s got some great chops to exercise. Likewise, Hill, a veteran of these sorts of comedies, holds his own and makes for a terrific pseudo-straight man. Together, they’re entirely watchable and endearing.

And, based on the film’s final scene, poised to revisit these characters in an inevitable sequel. 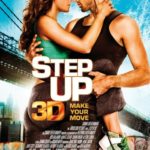 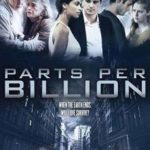