“We are living through the golden age of dinosaur discoveries,” croons narrator John Hurt in Planet Dinosaur.
By Lindaon September 23, 2012
0 Comments
Our Rating 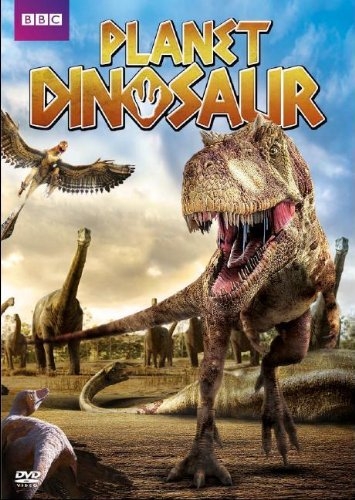 In this BBC series, we meet such critters as Spinosaurus, the largest dinosaur predator ever to have walked the Earth. With his spiny back and strong jaws, Spinosaurus was 17 long meters (bigger than T. Rex!). Spiniosaurus dips his crocodile-like snout into a river and grabs an unsuspecting swordfish, which would be a scary beastie in itself if it weren’t ripped to shreds so easily by this predator.

Much of the information presented in this show is about discoveries made in the last 10 years, with new information shared from as recently as 2010. Though old-school dinosaur discoveries were commonly made in North America and Europe, many of the more recently discoveries have been in Africa and Asia, opening a whole new (old) world of dinosaur species.

The first feathered dinosaur was discovered as recently as 1996. One of them, the cute, and strange pigeon sized creature named Epidexipteryx, for instance, was discovered just in 2008 in China. This one fossil showed an animal with a small skull, large eye sockets, unusually long teeth, with long arms and hands, and gripping toes. With his long probing finger and projecting front teeth, they figure this little guys would hunt insects in the trees. From this information, the makers of the show have created a fully-realized, realistic creature on screen–an adorable, expressive creature that would be at home in any fantasy film.

What is both cool and kind of hilarious about this series is the amazing animation. Since these creatures of course don’t exist anymore, and technically we don’t know exactly what they looked like (skin, colors, etc.), it is impressive that the creators of this show have made a rich, full animated world that looks as realistic as the most modern CGI. Camera angles zoom in and out, as though the creatures were filmed by “edgy” filmmakers. You can hear the dinosaurs breathing, roaring, or bleating like a goat as they lay dying. When there is a battle, blood sometimes even splashes on the camera!

And just when you think, “How the heck can scientists know that???” John Hurt will patiently explain factoids via pop-up, Minority-Report-like screens of facts, figures, fossils, and maps–including the always handy scale of the dinosaur compared to the size of a man. This BBC series, in brisk half-hour segments, reminds me of rainy Sunday afternoons when I was a kid, nesting in front of the TV to watch Leonard Nimoy’s In Search Of…, or Mutual of Omaha’s Wild Kingdom. Fascinating and, yes, sometimes a little scary (there is carnage!), this show should appeal to dinosaur fans of all ages.

There is a very cool hour-long doc included on the DVD called “How to Build a Dinosaur” that I actually enjoyed more than the series itself! As the amiable host says at the beginning, every image we have of a dinosaur is a work of fiction. The show explains how scientists come up with images of dinosaurs, often having to construct a whole skeleton based on the fossil of a single bone. It takes us from the fossil sites all the way to museums. In this golden age of dinosaur discovery, around 50 new dinosaur species are named every year! Fascinating stuff! 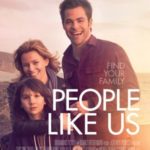 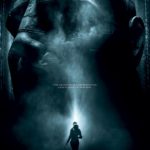