Imagining a world where men are NOT given the benefit of the doubt when it comes to sexual assault, a once promising young woman methodically seeks vengeance for an incident that has derailed her life in this super-dark and twisted comedy.
By Lindaon December 24, 2020
0 Comments
Our Rating 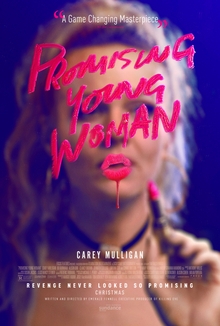 Carey Mulligan has had an interesting career. Apple-cheeked and appealing, she often plays nice, strong-willed women, often in period pieces. In Promising Young Woman, you can see she is having a great time, as she finally gets to play a bad girl.

The opening scene sets the tone as staggering drunk Cassie (Mulligan) is slouched on a seat in a crowded bar. A group of bros leer at her, taking bets that she’ll get in trouble (and heck, most likely deserve what she gets, am I right?). But the nice guy of the finally approaches her and gets her into a cab to take her home. Well, maybe to his home first. Does she want to go up to his apartment? Here, have another drink. Hey, you are fine with me making out with you even if you can’t keep your head up, right? When the nice guys slips off her panties, Cassie abruptly sits up, to his great shock, and says firmly with complete clarity, “WHAT are you doing?”

Cassie is a 30-ish woman whose life seems to be on hold, much to the disappointment of her parents. She dropped out of med school several years ago after an unspecific incident. The incident involved her best friend, a raging party, and an assault. Cassie’s best friend, we deduce, killed herself later. In her own way of dealing with her grief and rage, Cassie targets and lures “nice guys” who take advantage of women. These men’s lives are never destroyed, because they get the benefit of the doubt… after all, we wouldn’t want their futures to be ruined.

This brutal truth (which we have seen played out in the news over and over, at least for white guys) is the backdrop for this super darkly humorous vengeance flick. And what actress typecast as a nice girl wouldn’t want the chance to play up a woman viciously planning revenge? When Cassie ups her game to target others involved with the aftermath of the incident, including the school’s dean (Connie Britton), the defendant’s lawyer (Alfred Molina), and a classmate (Allison Brie), you can just tell that Mulligan is having a blast with the role.

In a way, Promising Young Woman wants to destroy the idea that there are any nice guys, just rapists and accomplices that look the other way. Bo Burnham, as Cassie’s new boyfriend (Hey! He’s a nice guy, isn’t he?) gets stuck in the middle of that sweeping generalization. Promising Young Woman doesn’t think the best of humanity, and the finale is so outlandish that it is a bit over the top. But it definitely makes you laugh in shock and squirm uncomfortably with its world view… which honestly, if you stop and think about it, isn’t that exaggerated. 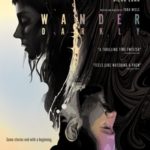 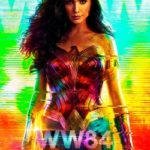