All Proof offers is two hours of Gwyneth doing her favorite things: moping, brooding, and wallowing.
By Jenniferon October 29, 2005
0 Comments
Our Rating 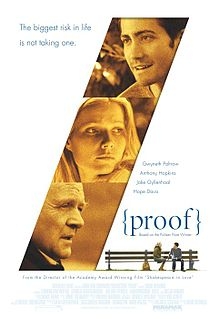 Do not be suckered by the star power behind Proof. Just because Hollywood’s smart kids are in a movie about math, doesn’t mean it’s going to be any fun to watch. Any way you slice it, Proof is a poopy, pretentious film, and it’s always a bore watching Gwyneth Paltrow question her sanity.

The movie begins with the death of Robert (Anthony Hopkins), a math genius who peaked in his twenties, then spent the rest of his life suffering a rare mental disorder that caused him to write incessantly. Sadly, the genius and the writing never coincided, and he left behind heaps of notebooks full of wisdom like,

Catherine (Gwyneth Paltrow) put her own life on hold to live and work with him, but she’s not too happy about the sacrifice, and she makes this abundantly clear during her tirade at his funeral.  It was a thankless job that yielded one perfect proof, but who wrote it?  Catherine or her dad? Come on, Catherine, just tell us.  Don’t give us this It-Was-Dad-No-Wait-It-Was-Me crap.
But Catherine insists upon being difficult.  When Hal (Jake Gyllenhaal), a former student of Robert’s, shows up to sort through the notebooks, Catherine tells him there’s nothing in them. Then she calls the police when he tries to take one home.  After the police arrive, she starts swearing at them to leave her alone.  Sheesh!  It’s no wonder people think she’s a nut bar.

Catherine’s older sister, Claire (Hope Davis) comes home to set her father’s affairs in order, and immediately fears for Catherine’s sanity.  Nevermind Claire’s obsessive list-making—Catherine never eats breakfast, and she doesn’t know about jojoba shampoo!  Maybe it would be better for her to move back to New York, and try out an apartment…in a group home.  But Hal sees something in this moody girl with the messy hair, and they wind up shagging at the funeral’s after-party. Can he save Catherine from her sister?  Can Catherine stop acting like a freak long enough to save herself?  Does anyone care?  Frankly, it is kind of hard to invest yourself in a bitter girl with no social skills who insists upon making herself miserable.

Of course Catherine’s angry about wasting her best years on a madman, and it’s understandable that she feels guilty for writing something brilliant while her father continued to decline.  She kept her father out of an institution, and now she might wind up in one herself.  These are interesting themes, but all Proof offers is two hours of Gwyneth doing her favorite things: moping, brooding, and wallowing.  At the end of the day it’s all about as compelling as one of her dad’s notebooks: it looks meaningful but it’s just gibberish. 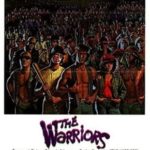 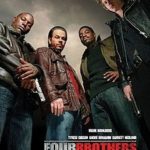