The most promising solutions will take days to implement, constantly begging the question, “If this works, is there any chance these men will still be alive?”
By Jenniferon February 20, 2016
0 Comments
Our Rating 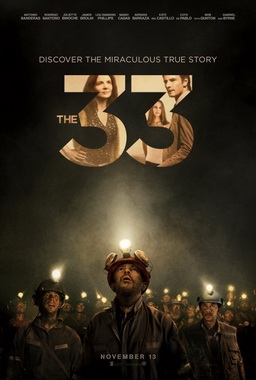 It’s hard to comprehend the horror of being trapped in a mine for 69 days, but the film adaptation of the 2010 Chilean miner’s ordeal does a surprisingly good job of recreating this nightmare for the viewer. After a few minutes of getting to know the characters and watching them prepare for work, we descend into the mine, down 2,300 feet, over three miles of underground road. Then, once you’re sufficiently claustrophobic, the mine begins to crumble.

The bulk of the movie is spent in a small, dark refuge crammed with 33 hungry, nervous men. It’s days before rescue efforts begin, thanks only to concerned government officials and passionate family members: the mining company essentially considers them a lost cause. By that point, the men have exhausted their escape options and Mario Sepulveda (Antonio Banderas) has stepped in as the unofficial leader, insisting that the men ration their meager supply of food to last as long as possible (essentially a sip of water and a spoonful of tuna per person, per day.) The sense of hopelessness and frustration is palpable on all sides.

Obviously the miners are literally trapped, but the family members that have congregated outside are powerless to help, and even the government officials with the best intentions find themselves with limited resources and a ticking clock. The most promising solutions will take days to implement, constantly begging the question, “if this works, is there any chance these men will still be alive?” Given the scale of the rescue mission, it’s a valid consideration, but the miner’s families will not let anyone forget what is at stake underground. If there’s any possibility of bringing the men out alive, it’s worth pursuing.

Day after day, everyone involved does their best to fulfill their role. The miners do their best to stay alive. Government officials, led by Laurence Golborne (Rodrigo Santoro), keep rallying support and bringing in drills and engineers from around the world. And family members take up residence in a temporary camp just outside the mine. Their constant presence becomes a cross between a cheering section and the ultimate watchdog group. One man’s sister, Maria Segovia (Juliette Binoche), is so passionate about his rescue, that she slaps Golborne across the face, demanding action. Is she out of line? Maybe, but she gets the point across. Her intense vigilance is even more touching when you realize how tenuous her relationship with her brother is. When lives are at stake, nothing is more important than family.

After seventeen agonizing days, rescuers finally make contact with the miners, but the relief and excitement is short-lived. Even the most promising estimates suggest that it will be several more weeks before the men are actually extracted from the mine. And so, the feeling of claustrophobia and powerlessness pervades. Tubes are used to send supplies to the miners, it is now possible for them to communicate without the outside world, but being confined takes its toll. Tempers flare and power struggles develop, making it all the more emotional when, on day 69, the miners are finally brought to the surface, into the arms of loved ones. It’s an emotional roller coaster that turns tragedy to triumph, and a story of loyalty and perseverance that’s well worth celebrating.

There is so much potential to delve deep into the real-life events behind the story, but… too soon? Instead, the extras are simply a couple of short promotional featurettes about the film: the special effects to create the mine collapse, and a short about how the media coverage and families’ insistence propelled the amazing rescue. 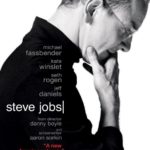 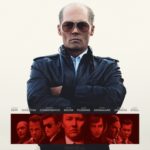