The footage in this film confirms that I never want to try to scale a sheer cliff with my bare hands, but the beauty of watching someone as skilled as Marc-André Leclerc work his magic is a visual gift. 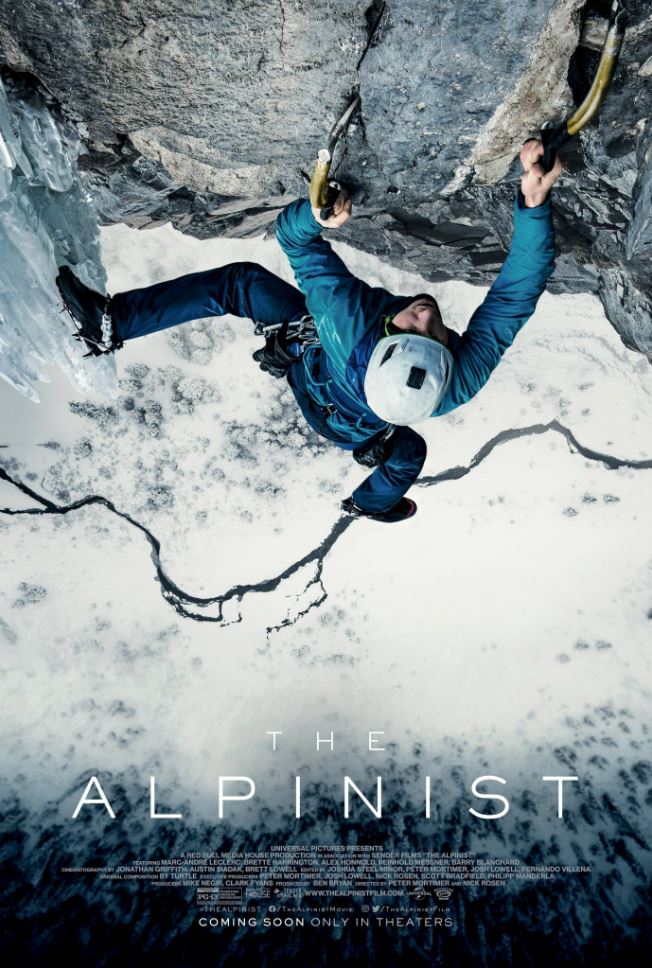 The Alpinist introduces us to Marc-André Leclerc, a goofy young man in his 20s who seemingly came out of nowhere to wow the climbing world with his solo ascents of some of the Americas’ most challenging peaks. The filmmakers want to pin the guy down for a straightforward documentary, but Leclerc isn’t a man who needs social media or fame, he simply wants to climb.

In his initial interview, Canadian Leclerc has sort of a wide-eyed charm and goofy love of life that you can’t help but fall for. He reminded me of the free spirt of Alexander Supertramp of Into the Wild fame, but with more common sense. (How much life reflection and experience can a 23-year-old have? I snorted when he reflected on things he did in high school, or when he was twenty… a span of years from his present that he could count on one hand.) A hyper kid diagnosed with ADHD, Marc-André found that through climbing he could calm his squirrel-like mind. The sheer concentration needed for scaling sheer faces literally with his bare hands leaves little room for distraction.

By the time he was 20, he suddenly came on the radar with some astonishing solo climbs. The film opens with a gorgeous shot of Patagonia’s shard-like Cerro Torre, a mountain where he started getting attention for the first solo ascent of a mind-boggling route called The Corkscrew. This was shortly thereafter topped by a winter solo ascent of it’s neighboring peak Torre Egger. If you are wondering what a winter ascent entails, indeed it involves rock faces, snow, and ice, often in the form of meters-long frozen waterfalls. Now take off your gloves, eschew most equipment, put on your spiked shoes, and give it a shot.

When Leclerc allows himself to be filmed (to his credit, he says he avoided the crew because a solo climb isn’t truly solo if someone is hanging around filming him… fair point!), the footage is fantastic. Easily the best part of the film is where we can simply watching him slowly work his magic, creeping up a sheer face of rock and/or ice using little more than his wits, his hands, and a pair of grippy shoes. When there is no soundtrack other than the patient pick pick pick of the spikes of his shoes on the side of a cliff, or the pick pick pick of his ice climbing axe on the side of a frozen waterfall, The Alpinist is simply mesmerizing.

A simple Google search will reveal the (surprise, or not so much) narrative arc that is thrown in almost as an epilogue. But until that moment The Alpinist is an endearing portrait of a guy who considers a “really good day” as one where he is literally standing on a mountaintop, alone, or with a buddy or two. Seeing this guy creep up the side of a sheer cliff like Spider-man is truly awesome in the most literal sense. And whether he wanted to be filmed or not, the footage is a gift that we can all experience.