The Bridges of Madison County

It was stupid and it made me cry.
By Jenniferon June 2, 2014
0 Comments
Our Rating 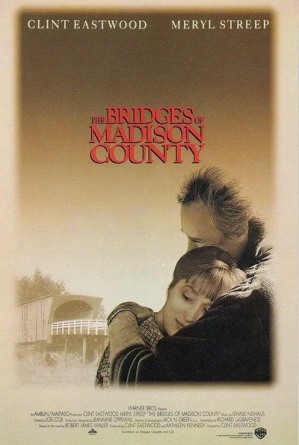 The first time I saw The Bridges of Madison County I got swept up in the romance of it all. I loved that you could experience the affair of a lifetime without ever leaving your front porch, and for days I was moony over the idea. That was in 1996. The second time I watched it, I thought it was stupid and slow. It made me so mad that I kept yelling at the screen (“Go with him, dummy, go!”) and making fun of all the cheesy parts. I recently gave it a third go, and now I’m not sure what I think. It was stupid and it made me cry.

The story begins to unfold when Carolyn (Annie Corley) and Michael (Victor Slezak) go to put their mother’s affairs in order. While going over her final wishes, they are confronted with some jarring information. She does not want to be buried in the plot next to their father, but cremated and scattered from a bridge. Why? Because twenty-odd years ago she had an affair with a foxy National Geographic photographer, and she’d prefer to spend eternity with him instead.

The kids, being rather self-centered and uptight, go into a tailspin as soon as they discover that their mother was not the person they believed her to be. In anticipation of their reaction, Francesca Johnson (Meryl Streep) left behind a detailed letter explaining her wishes and describing the four day affair that changed her life. Through the letter, we’re given a chance to experience this unlikely love story.

Robert Kincaid (Clint Eastwood) rolls into the Johnson’s tiny Iowa town to photograph the bridges of Madison County when Francesca’s husband and children are conveniently away at the state fair. With nothing but time and freedom on her hands, Francesca strikes up a friendship with the charming stranger. They share meals, talk, scout bridges, and finally realize they simply cannot bear to be apart. Things ultimately turn steamy, and Robert asks Francesca to run away with him. She gets as far as packing her bags, then chickens out. Her kids would never survive the gossip, and anyway, her husband is a really clean guy (as in tidy and not much bother, a winning quality in any man). Why not just hang out for another twenty years, while your husband wonders why the hell you’re so unhappy and your kids aspire to false ideals?

The fact that Robert and Francesca don’t stay together is certainly maddening, but you know it’s coming from the get-go. Surely Francesca’s children would have known about the affair if things had turned out differently, and the fact that Francesca sticks with her family is both understandable and realistic. How do you throw away a life you’ve built for twenty years for a four day love affair? How do you break your husband’s heart and alienate your children without feeling like a horrible person? If you’re Francesca Johnson, you don’t. It’s not the ending that makes The Bridges of Madison County stupid: it’s the middle. It’s hanging around the house with Robert and Francesca while they talk and eat in what feels like real time. As talented as they are, neither Clint Eastwood nor Meryl Streep are particularly compelling in a romantic context, and watching them together just isn’t that hot.

Having said that, I did wind up in tears at the end of the film. Despite the boring bits that drag by, the annoying adult children, and the exceedingly frustrating fact that Robert and Francesca never saw one another after those four days, the movie somehow manages to be compelling and poignant. We’ve all missed opportunities in life, and it’s just about impossible not to relate to that aspect of the story.

The Blu-ray edition includes the extras previously available on the Deluxe Widescreen edition. There’s commentary by Editor Joel Cox and Director of Photography Jack N. Green, and “An Old-Fashioned Love Story: Making The Bridges of Madison County” features behind-the-scenes footage and interviews with the cast and crew. The “Doe Eyes” music video and original theatrical trailer round out the extras. 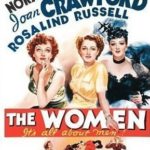 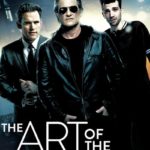