The Exorcism of Molly Hartley 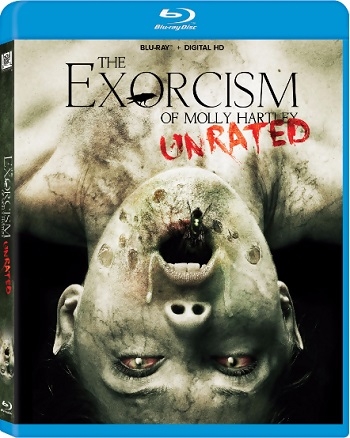 Molly Hartley (Sarah Lind) was once a haunted girl in high school (see The Haunting of Molly Hartley… which I, myself, did not see). It’s now six years later, she is 24, super-smart, and just made partner at a law firm in record time. I guess that is what happens when Satan’s got your back! She’s out celebrating with her buddies, and apparently turning 24 also turns you into a whore, because Molly’s goody-goody friends are surprised to see Molly jump to the dance floor and start making out hot and heavy with a sexy lady and her man friend. I think the bisexual menage-a-trois intro is the studio’s idea of something SO sexy that it has to be unrated. But the truth is, the seduction is kind of bland, as is this whole by-the-numbers, straight-to-video exorcism movie.

Next thing you know, Molly wakes up dead! No, rather her two lovers wake up dead, and Molly, because she chatted to the cops in Satan’s voice, gets thrown into an insane asylum for evaluation. One of her cohorts at the asylum is a hot defrocked priest (Devon Sawa), who has his own, er, demons to deal with. He failed so badly at his last exorcism (the possessed lady and her unborn child died, much to the dismay of her husband, aka the most terrible actor in the movie), that the Church took his priestly certification. It is unclear why he is living at the asylum now… other than convenience! When the hospital front-desk lady jumps out a window, who you gonna call? Well, Hot Priest is just down the hall!

The Exorcism of Molly Hartley offers nothing new to the always-fun genre of demonic possession movies. No, wait, I take that back. This is the first time that I’ve seen a demon caught and trapped in what looked like a bento lunch pail. Who knew? A bento full of holy water probably keeps everything fresh while still maintaining a good seal! Too bad the rest of the film is not so fresh.

It must be noted that one of the special features, “Exorcism: Beyond One Truth” interviews an actual priest that performs exorcisms. Now THIS is interesting. It is hard not to stifle a shocked giggle when he describes one of his techniques as basically “waterboarding” the demon. Yeah, you know, the demon which is often housed in a young woman? Yikes! Make a documentary about THIS guy! Otherwise, there is “Classified Security Camera Footage” from the hospital, which is like low-budget scenes from the film, but without a soundtrack, plus Steven R. Monroe’s “Director Diaries”. 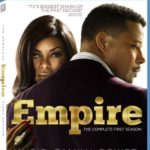 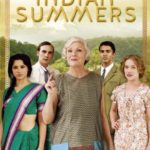