By making a semi-autobiographical film, Steven Spielberg has created a super-personal opus that aims to entertain… but seems afraid to leave anything out.
By Lindaon November 24, 2022
0 Comments
Our Rating 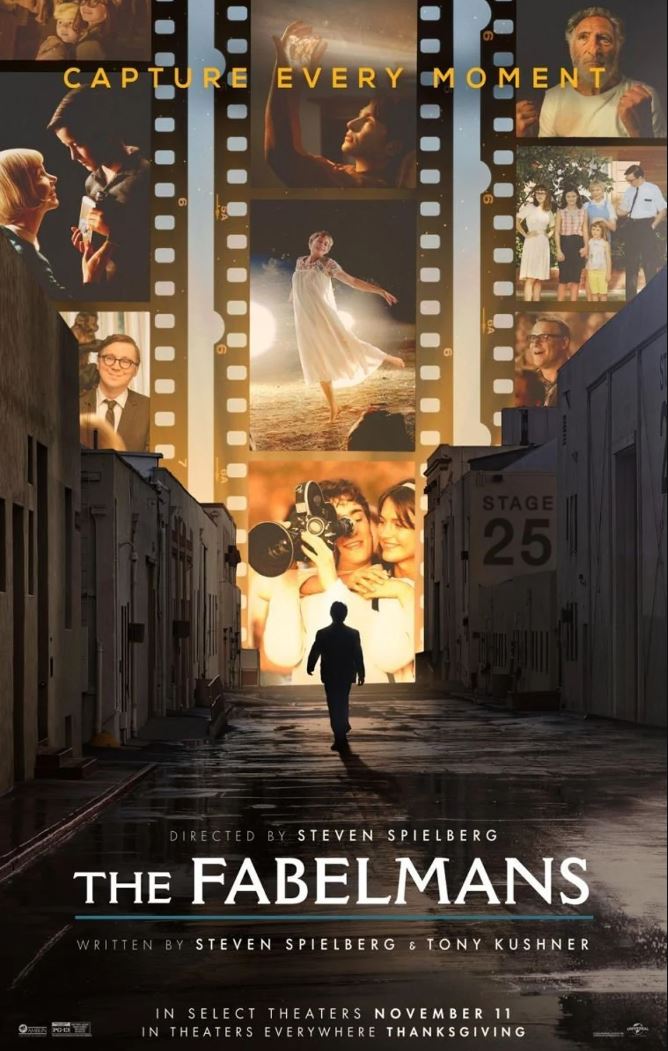 The parental figures in The Fabelmans are apparently based squarely on director Steven Spielberg’s own mom and dad. In their idyllic 1950s home, mom Mitzi (Michelle Williams) is the artistic free spirit, while dad Burt (Paul Dano) is a sweet, kind of dorky scientist. Spielberg’s stand-in is Sammy (Mateo Zoryon Francis-DeFord) who, in the first scene, is taken to his very first big-screen movie. His parents think it is a family film about clowns and circuses… after all, it’s called The Greatest Show on Earth. But young Sammy ends up transfixed and traumatized by an over-the-top scene of a wild, Hollywood-style train crash. Seeing the movie opens Sammy up to the possibility of creating his own toy carnage by crashing his own model train over and over. His mom suggests saving his treasured train set from permanent destruction by filming it with his dad’s movie camera, and instead watching THAT over and over. While looking at the flickering results on his bedroom wall, Sammy suddenly realizes that by pointing a camera, he can actually control the narrative of whatever story he wants to tell.

The Fabelmans starts out rather gauzily, with the fun-loving family moving from New Jersey to Arizona for Burt’s job… a move where they have also hauled along Burt’s co-worker and the family best friend Bennie (Seth Rogen) for the ride. Arizona, for the most part, goes really well for all. Now-teenage Sammy (Gabriel LaBelle) is making movies with his friends (he explains to his geeky, impressed father that he made “flashes” of gunshots in his crude Western picture by poking holes in the film), and the threesome of friendship between Burt, Mitzi, and Bennie seems to be at a high. All culminates in a family camping trip–where Mitzi’s nightgowned dance in front of the family wagon’s headlights causes all to hold their breath, and upon exhale the tone of their idyllic world seems to have changed.

Spielberg seems to have a hard time choosing whether the story is an autobiographical family drama, or a quirky coming of age film… so he chooses both, making for a long film that could have used some tightening-up. Sammy is told over and over by his that he is like his mother (artistic) rather than his dad (scientific). It is hammered home, most obviously in a kind of amusing, if unnecessary scene where his Uncle Boris (Judd Hirsch) blows into the family’s orbit if only to tell Sammy just that, in no uncertain terms. We get it, he’s an artist. And yes, Mitzi is, too. She sings, dances, and plays lovely piano with clattering too-long nails. Otherwise, she is depressed, a sad housewife of broken dreams. For both Sammy and Mitzi, things seem even more painted in black and white when the Burt packs them up again to California. For instance, Sammy’s anti-Semitic beatings at high school are tempered by quirky scenes of him finding a surprising, Jesus-loving girlfriend, who loves to make out in the name of the Lord.

Coming in at two and half hours, The Fabelmans is long (and feels like it). Spielberg betrays his earnestness at sticking to the “true” story, for instance, by adding in unnecessary “One year later” titles to forward the plot, rather than let the narrative flow organically. For scenes from Spielberg’s own life, he often adds cinematic flair… like where the bully jock breaks down in distraught tears after seeing Sammy’s golden-boy interpretation of him in the movie Sammy makes for the Senior Prom (through Spielberg’s own framing and editing, you can see this coming a mile away). You see many times Sammy editing and splicing his homemade films, as he wishes he could edit and splice the bad things happening in his own life. Spielberg is, well, Spielberg in his subtleness.

Now that it is a few days after seeing The Fabelmans, I realize I’m left remembering a few great scenes (and of course there are some) that are glued together into a mushy whole. I wasn’t as moved as I was expecting, and honestly, a few times I was wondering when the movie was about to wrap up. But I will give Spielberg a huge amount of credit for one thing. Often in the past, he has been unable to stick the ending of his films (I’m thinking of A.I., War of the Worlds, Lincoln, etc.). But this time he saves the best for last: However you feel about the movie as a whole (whether you loved it or were kind of bored), The Fabelmans‘ terrific, final scene will definitely leave you with a huge, Spielbergian smile on your face, showing how even when not at his best, the director is a master at his craft. 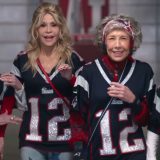 PreviousFonda, Tomlin, Field, and Moreno team up in ’80 for Brady’Next‘Cocaine Bear’ is on rampage of blow and blood… and we can’t wait! 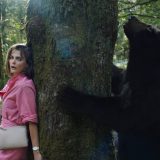