I couldn’t help but think the movie was good, but the story, about the man who cracked the WWII Enigma code, was great.
By Lindaon December 19, 2014
0 Comments
Our Rating 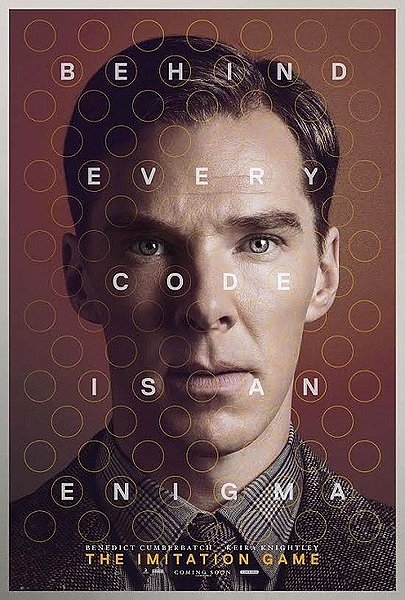 There is no doubt that Alan Turing is one of the more fascinating unsung heroes of World War II. Considered a father to modern computers, he also got some posthumous attention recently as Queen Elizabeth II “pardoned” him for his arrest for homosexual acts (a conviction where he received horrific treatment). It is Turing’s work breaking the “unbreakable” German Enigma code during the War that is the focus of The Imitation Game.

As played by the ubiquitous Benedict Cumberbatch, Turing is a socially awkward young genius that doesn’t have the interpersonal skills to realize (or care) that his brain works on a different level than all the other codebreakers recruited to Britain’s top-secret Bletchley Park. It is his suggestion that the other men on the team (including suave Matthew Goode and confidant Allen Leech) are disposable next to his intellectual prowess, but the big bosses know that more is at stake than one man’s ego.

The Imitation Game circles around the team trying to crack the Enigma code, a code considered completely unbreakable as it would reset every day, and had over a million possible combinations. If the code could be cracked, the Allies would be able to translate the German’s secret messages, and hopefully turn the tide of the war. But circling around this ticking-bomb thriller portion of the film are rather staid flashbacks to young Alan having a crush on a boy at school, as well as a side plot of his chaste romance with fellow Bletchley Park codebreaker Joan (Knightley). There is nothing about these scenes that is extraordinary, and trying to juggle the puzzle with a profile of the man results in a rather staid, safe movie. I couldn’t help but think the movie was good, but the story was great.

Credit goes to the cast–from the codebreakers to their bosses, played by Charles Dance and Mark Strong–for keeping the movie interesting. Cumberbatch is solid (though I think it may be the film’s fault rather than his that Turing still seems somewhat of an enigma himself at the end), and Knightley is pretty darn great. Joan and Alan are a bit awkward as a couple, but they are great as supportive colleagues and friends. It is actually rather refreshing to see two smart people with chemistry not rip each other apart on screen as their “romance” fails, but instead treat each other with respect and love.

This is the type of movie that Oscars will love, but I just wish it were better. As it is, it seems like a just-fine movie that you may catch on PBS. As more is learned about the codebreakers at Bletchley Park (who were sworn to secrecy for decades after their work), I’m sure more, and better-told stories will emerge about these unsung heroes. 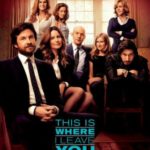 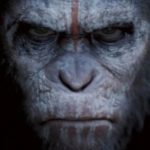