This Is Where I Leave You

The well-trodden dysfunctional family plot ends up playing better on the small screen than the big.
By Lindaon December 18, 2014
0 Comments
Our Rating 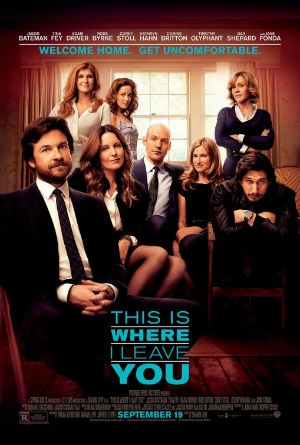 A gaggle of estranged adult siblings return home when the patriarch of the family passes away. Sibling heckling occurs, secrets are revealed, and they’ve all just maybe grown up a little when their required “mourning” time is done. That’s right, I’m talking about August, Osage County. Oh… no… wait… (flipping through notes), this film is called This Is Where I Leave You, directed, curiously, by Shawn Levy who is perhaps best known for the Night At the Museum films. This Is Where is completely unlike Osage in that it is based on a novel rather than a play and doesn’t have a full-on brawl between Meryl Streep and Julia Roberts. But let’s get back to this movie.

With a great cast including Jason Bateman, as the glum, mid-life-crisis Judd, Tina Fey, as his overloaded, regretful sister, and Adam Driver, as the playboy youngest kid of the family, this film has a lot going for it. Judd, a filmatic New Yorker with a great marriage and an exciting creative radio job, finds his wife cheating with his boss, and his life is turned upside down. Then he finds out his father has died. Though that news doesn’t turn everything right-side-up again, Judd goes home to his suburban upper-class roots to join his brothers, sister, and mother (Jane Fonda) in mourning. Little do they know, the visiting four “kids”, their partners and families, are expected to sit for a week of shiva in honor of their father. If you have a sibling that you haven’t spent any serious length of time with since childhood, you can imagine the situation is ripe.

This Is Where I Leave You isn’t a bad film, it is just that we’ve seen it all before, and better. Dysfunctional families are classic fodder for movie entertainment, especially when the relationships between family members seesaws between loving and withering. Tina Fey is surprisingly good, hefting a bit of dramatic weight in between her smart-ass banter with Bateman. She is a mother, and resigned to a not-so-loving marriage, but her visit home reminds her of the love of her life, her high school boyfriend played by Timothy Olyphant, who has a sweet, sad subplot. Jane Fonda is relegated to a few fluttering mother hen jokes buried by lots and lots of boob-implant jokes (seriously), but she seems to be having fun. And Jason Bateman, well, I like Jason Bateman’s face, even if he mostly seems to play the Jason Bateman character.

Immediately after seeing This Is Where I Leave You, I was leaning toward a recommendation. But now reflecting on the film over a week later, I realize that I haven’t thought about it since, despite finding it harmlessly enjoyable at the time. See it for the affectionate, jabbing interplay between Fey and Bateman. Otherwise wait for a rainy day when you don’t have to leave the couch to see it.

Revisiting the film through the special features reminded me that there was actually a lot I liked about the film. The extras went straight for my weakness with a featurette about the brother-sister relationship between Tina Fey and Jason Bateman’s character (their chemistry as siblings does not betray that they did not know each other before this movie). There are also featurettes focusing on Jane Fonda, as well as the two other “siblings” Adam Driver and Corey Stoll, as well as director Shaun Levy. The deleted and extended scenes don’t really add a whole lot to the story (though Judd’s basement molestation by his sister-in-law goes a lot further than the original), and there is also a feature commentary with director Shawn Levy and screenwriter Jonathan Tropper. But easily the best part is “The Gospel According to Rabbi Boner”, highlighting actor Ben Schwartz, and his ridiculous skill at improving scenes. As funny as he is in take after take, it is also a hoot to see the other cast members try to keep a straight face around his rambling. 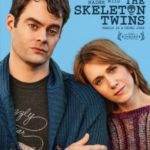