The Incredible Burt Wonderstone is a goofy, uplifting tale that successfully sends up the world of magic, yet remains utterly forgettable.
By Jenniferon June 26, 2013
0 Comments
Our Rating 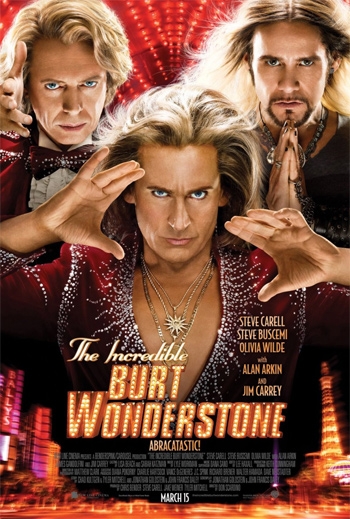 When you’re a lonely little kid who gets kicked around by bullies and just can’t seem to fit in, it’s a pretty big day when you make a new friend. When you bond with that first friend over magic, well then, it’s entirely likely that the two of you will grow up to be magicians just like Siegfried and Roy or Penn and Teller….or even Burt Wonderstone and Anton Marvelton. Sadly, it’s easy to get in a rut when you’ve been with the same person for decades on end, and it’s all too easy to take a good thing for granted.

After years of doing the same Vegas act, Burt Wonderstone (Steve Carrell) is bored, complacent, and way too high on his own supply. He phones-in his performance (and his life) day after day, yet wonders why it all seems so stale. The fact that he puts no time or thought into coming up with new material couldn’t have anything to do with it, nor could his the fact that he’s too vain and self-absorbed to learn the names of people he’s worked with for years. It should come as no surprise then, that when Wonderstone and Marvelton (Steve Buscemi) attempt a large scale public stunt on par with David Blaine’s “Buried Alive” it fails.

The embarrassment causes the two to split and explore solo careers, but Wonderstone and Marvelton quickly learn that they’ve got stiff competition from a street magician named Steve Gray (Jim Carrey). Most of Gray’s “tricks” involve some exaggerated form of self-injury and recalls Carrey’s early comedy schtick (i.e. feels like a retread of past performances). Marvelton limps along as a sidekick without a frontman, and Wonderstone finds himself in need of a little help from his friends…like what’s-‘er-name, Nicole? Jane? The faithful assistant (Olivia Wilde) who’s always loved him from afar.

Ultimately, The Incredible Burt Wonderstone is a story about friendship and humility, the importance of appreciating the people who love and support your success, and the rewards that can be reaped from taking chances. It’s a goofy, uplifting tale that successfully sends up the world of magic, yet remains utterly forgettable. Apart from endearing performances by Steve Buscemi and Alan Arkin (and some sneaky appearances by David Copperfield), the movie pretty much mimics the faltering efforts of its protagonists. 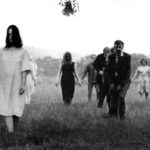 PreviousIMDb ranks the best zombie movies of all timeNextThe Heat 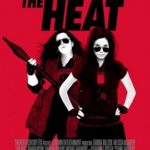