Based on the Pulitzer Prize-winning book by Lawrence Wright, The Looming Tower traces the events leading up to attacks on the World Trade Center through behind-the-scenes dramatizations of the FBI and CIA. This Hulu series will leave you pissed off and devastated in the final moments, making you want to bang your head against the wall thinking of the missteps made and hiding of information that allowed it to happen. 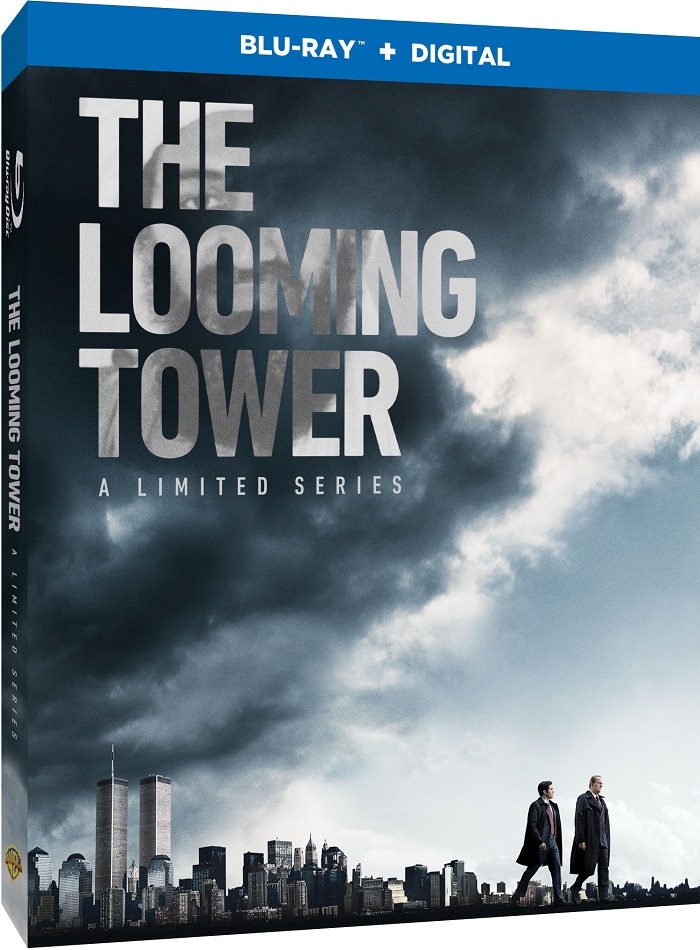 In the late 1990s, the U.S. government was carefully watching the rising threat of Osama Bin Laden and Al-Qaeda. The series of events started stacking up, from the 1998 bombings of U.S. Embassys in Kenya and Tanzania (killing over 200 people between them), to the attack on the USS Cole in the waters of Yemen, where 17 sailors were killed and scores injured. At the time, Bin Laden (referred to as “Usama” Bin Laden in the series), was giving very blatant warnings of death and destruction that he planned to reap. He warned very clearly that the biggest was yet to come… and it did, on September 11, 2001.

The Looming Tower‘s key players are John O’Neill (Jeff Daniels) of the FBI, the chief investigator of Bin Laden; new FBI agent Ali Soufan (Tahar Rahim), fresh from Quantico, and one of the few Arabic-speaking people in the whole agency; and Martin Schmidt (Peter Sarsgaard) and his “Manson-like” group of women who run the CIA’s investigations of Al Qaeda and Bin Laden. Throw in a bunch of other personalities like Dick Clarke (Michael Stuhlbarg), the chief counter-terrorism adviser to first Clinton, then briefly George W. Bush, and George Tenet (Alec Baldwin), Director of Central Intelligence, and you have a whole lot of people with communication issues.

The Looming Tower works best as a thriller, when you see the terrorists set up for, train, and successfully pull off their horrific acts. There seems to be some dramatic license, like a young boy’s presence links the bombing of an Al Qaeda camp to the bombing of the USS Cole, or an FBI agent (Bill Camp) has drinks (and implied more) with a beautiful woman at the Nairobi embassy, only to find himself desperately searching for her body in the rubble the next day. But for all I know, these events happened, and they end up being quite effective. Less effective are some of the dragging, distracting glimpses into the “home lives” of these men (yes, all men). Like it was apparently true that O’Neill not only had a wife but at least two girlfriends–but I really really didn’t need to see multiple sex scenes involving Jeff Daniels.

Standouts in the cast were two actors that I hadn’t seen before. Tahar Rahim, probably the least known of the leads, has one of the most important central roles as FBI agent Ali Soufan. Soufan not only is a new agent, but is an immigrant from Lebanon and a Muslim. His familiarization of the culture of the region proves key. For me, another scene stealer is the weathered, mustachioed Bill Camp, an agent who has been around the block with retirement looming. To see how the Kenyan bombing breaks him is heartbreaking in itself.

The Looming Tower, at about 10 hours long, could have been tightened up a bit. But when it is good, it is very good. And what it reveals, how the bitter infighting between the CIA and FBI perhaps contributed to the “success” of the terrorist acts of 9/11, is shocking and appalling. For those revelations alone, The Looming Tower is worthy viewing.

Extras include a behind the scenes featurette about the locations, plus interviews with the cast, the real FBI agent Ali Soufan, author Lawrence Wright, and the producers of the series. There is also audio commentary on the pilot and the 9/11 finale episodes.