THE REVOLUTION IS MY BOYFRIEND!
By Ericon December 18, 2012
0 Comments
Our Rating 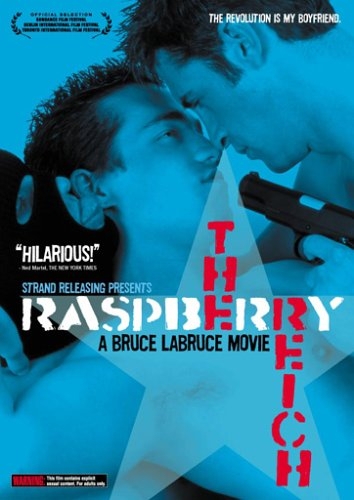 The Raspberry Reich is a group of German terrorists led by Gudrun (Susanne Sachsse), a nymphomaniac psychopath who organizes the kidnapping of the son of the head of a major corporation. He’s incredibly hot, of course, and when one of the terrorists is forced get in the car trunk with him after “accidentally” handcuffing them together, there is obviously enough room in there to get fully naked and perform oral sex on each other, while the others get burgers at a fast food joint and pray that Gudrun doesn’t find out.

And I have no problem with this. I’ll tell you right now that I loved this movie! Gudrun’s political slogans, usually howled either while having sex or at people who are having sex, are outrageously funny and should all be made into t-shirts. “Private property cannot be stolen, just liberated!” she screams at her subordinates as she orders them to steal vegetables from a supermarket.

Garish scrolling text assaults the screen throughout most of the film, especially during the sex scenes (of which there are many). CORNFLAKES ARE COUNTER-REVOLUTIONARY! (This is actually explained in the movie.) THE REVOLUTION IS MY BOYFRIEND! THERE CANNOT BE A SOCIAL REVOLUTION UNTIL THERE IS SEXUAL REVOLUTION! There is so much political ideology packed into the film that at a certain point you start wondering when it stopped being funny and started being, yes, a little bit interesting.

NOTE: Daniel Bätscher, Andreas Rupprecht, and Susanne Sachsse, three of the stars of The Raspberry Reich, appear together in another SIFF movie the same year, Paternal Instinct, a touching documentary about a gay couple searching for a surrogate mother to bear their child. Make of that what you will. 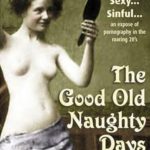