Wild Flowers is so beautifully shot and effectively staged, the simplistic story structure so inherent in fairy tales is perfectly embodied and brought to maximum effect.
By Ericon December 27, 2014
0 Comments
Our Rating 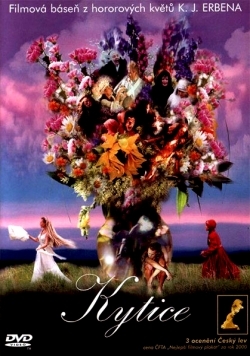 Wild Flowers is based on seven stories, but the first one is over within five minutes of the beginning. A woman dies in a thunderstorm and is buried. Her small children, with their prayers at her grave, summon her spirit from beneath the soil in the form of beautiful wild flowers. The purpose of opening the film with such a short tale is clear: It establishes several things, such as the rich use of music and visual style as the primary storytellers. But more importantly, it serves to bring us back to the mindset we were so familiar with when we used to read fairy tales.

Fairy tales are curious things, because they present us with otherworldly settings, utterly inconsistent with our own, but are such that we accept the bizarre laws of how these other worlds work—the point isn’t that magic happens, but how it changes the life of a prince, or a peasant girl, or a farmer with a beautiful daughter, or whoever. And as long as we, on some level, accept these magical settings, we commit ourselves to the implications of these settings. For example, witches? Terrifying, as we see in one of the later stories. An angry water spirit? I felt this lady’s fear. There’s no “well, I would have done…” feelings getting in the way, because you’ve already made this emotional commitment to this other realm and the way it functions. (If you haven’t, that’s really too bad. You probably think this is the dumbest movie ever. Sorry.)

In most cases, Wild Flowers is so beautifully shot and effectively staged, the simplistic story structure so inherent in fairy tales is perfectly embodied and brought to maximum effect. The only major exception occurs in the sixth story, which is about five minutes long, doesn’t make any sense, and the main character is played by a woman with a huge-ass scar on her face (no, I don’t think it had anything to do with the story). Actually, the sequence is quite emotionally charged and visually appealing, but it was simply a “what the hell just happened?” kind of thing. I suppose the language barrier didn’t help a whole lot. The culture barrier probably had more to do with parts that I didn’t understand, and it took a bit of figuring out with two or three of the stories.

But the strongest parts of Wild Flowers are the universal ones: The music, the images, and the primal sort of emotional state it taps into, a heightened one in which we respond with stronger feelings than usual, because we’re not using logic to question unbelievable circumstances. When we were children, it’s not like we believed in fairy tales, but we allowed their spell to be cast on us. To put it one way, Wild Flowers is powerful enough to cast that same spell over a theater full of adults.