The Shape of Water

Writer-director Guillermo del Toro’s latest fantastical drama is a bit like a hybrid of Amelie and The Creature from the Black Lagoon – it’s got more than its share of whimsy, gorgeous art direction and stunning cinematography, but is also punctuated by a handful of decidedly darker elements that make it clear this romantic fairy tale has some horror roots and is not for kids.
By Vickieon December 11, 2017
0 Comments
Our Rating 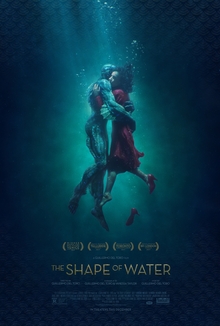 Sally Hawkins stars as Elisa, a doe-eyed mute woman who works as an overnight cleaner – alongside co-worker Zelda (Octavia Spencer) – in a research facility in 1962 Baltimore. One otherwise inauspicious evening, a new “asset” is brought in for observation: an amphibian man (Doug Jones) captured in South America by sadistic official Strickland (a chilling Michael Shannon), who wants to slice the creature open and study it.

Elisa discovers the creature chained in a tank and immediately feels a kinship: they are both lonely and misunderstood. Bit by bit, and one offertory hard-boiled egg at a time, she begins to befriend him. And when she gets wind of Strickland’s vivisection plan, Elisa enlists the aid of her best friend and next-door neighbor (the always excellent Richard Jenkins) for a dangerous extraction plan.

Lyrical, gothic and filled with production designer Paul D. Austerberry’s painstaking attention to detail, The Shape of Water is visually breathtaking but a little narratively uneven. The relationships between the characters – Elisa and the creature, Elisa and her neighbor, her neighbor and his unrequited crush – are the soul of the film, but they’re left behind in the more chaotic latter half, which becomes something of a prolonged (and somewhat violent) chase sequence, sacrificing a fair amount of the movie’s magic in the process.

As Elisa, Hawkins is good, but the character seems to veer back and forth between timid waif and determined woman. Shannon and Jenkins are both excellent, while Spencer – though entertaining and the film’s clear comic relief – essentially serves up the same character she’s played in films like The Help. And even though he’s buried under a pile of prosthetics and CGI, Jones’ soulful monster (rightfully) proves to be the most sympathetic of them all.

Definitely worth checking out on the big screen, The Shape of Water is a worthy successor to del Toro’s Pan’s Labyrinth as far as modern-day fantasies go, and a lovely holiday offering guaranteed to be unlike anything else you’ll find at the multiplex this season. 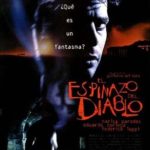 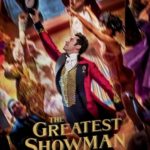