The Song of Lunch

It kind of feels like a “books on tape” on film… 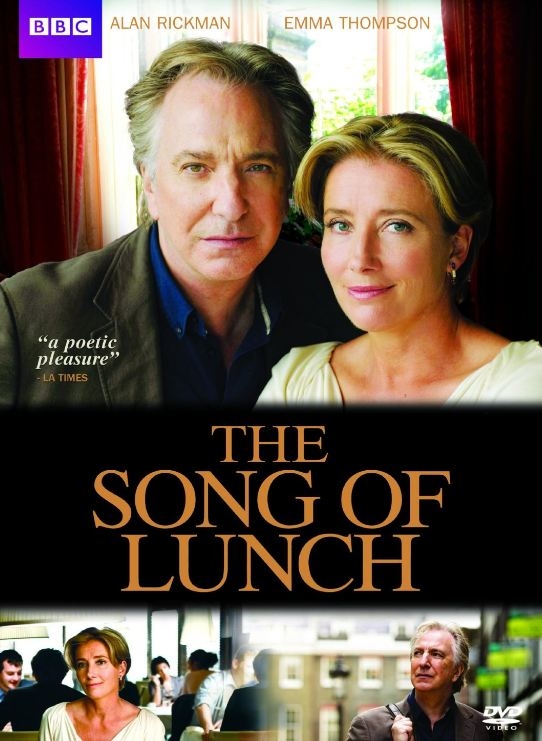 It is hard not to imagine Alan Rickman and Emma Thompson as the characters they played in Love Actually. In that film, Emma has a devastating scene where she truly figures out that he is having an affair. The Song of Lunch almost feels like a sequel where, 15 years later, Emma has triumphed and horndog Rickman has become a pathetic drunk.

Based on a narrative poem by Christopher Reid, The Song of Lunch is an interesting storytelling experiment. The tale is told from the perspective of a book editor (Rickman) who is on his way to meet an old flame (Thompson) for lunch. And, yes, it is literally told: Rickman narrates the whole short film, via the prose of Reid’s poem.

They meet at a Soho restaurant that they used to frequent during their affair 15 years earlier. After Thompson’s character dumped him back then, she went on to marry a successful writer and now lives in Paris with her family, while Rickman has pretty much gone nowhere. She is confident and beautiful, he is a bit puffy looking and starts to swig the wine profusely. He tips back his wine glass for a gulp, looks heavy-lidded at her alluring wrist, she wrinkles her brow, he blinks, and he swigs again. All of this happens almost in slow motion, matching the speed of Rickman’s narrative voice-over. For instance, he may say something like:

The Song of Lunch is definitely a fascinating exercise, completely carried by Thompson and Rickman, two fabulous actors that play so well together on screen. But I have to admit the pacing of the film (and the deliberate play-by-play narration of the prose) made me feel kind of restless, like the feeling you have where someone is reading out loud, and you want to grab the book from their hands and read it yourself faster. It kind of feels like a “books on tape” on film where the words are instead translated into literal actions on screen.

Fans of Rickman and Thompson (shoot, who doesn’t love these two?) will most likely enjoy watching The Song of Lunch. If anything, it can be viewed as a satisfying epilogue to their sad story from Love Actually.