SEATTLE, June 17, 2010 — On June 26, 27 and 28, Nordstrom and Summit Entertainment invite Twilight fans to take advantage of a special opportunity to meet select cast members of The Twilight Saga: Eclipse at select Nordstrom stores. The cast appearances are being held to celebrate the highly-anticipated June 30 release of the third movie in Summit’s Twilightfilm saga. Nordstrom launched an exclusive clothing and cosmetics collection inspired by the film in early June.

Beginning Saturday, June 19, at 8:00 a.m., customers can acquire VIP access to be one of 200 customers to take photographs with cast members (visit nordstrom.com/eclipse for specific details).

The BP. department at select Nordstrom stores is offering customers advance movie screening passes as gifts with purchase (see nordstrom.com/eclipse for participating stores and details), and all stores will host Twilight styling parties on June 19 and 20. Customers can visit nordstrom.com/eclipse to learn what events are taking place and sign-up for email alerts. 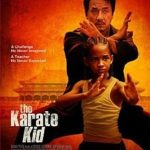