The United States vs. Billie Holiday

The tragedy of jazz singer Billie Holiday takes center stage over her talent in this uneven biopic. It can’t seem to decide which awful aspect of her last years it wishes to focus on—so why not all?
By Lindaon February 26, 2021
0 Comments
Our Rating 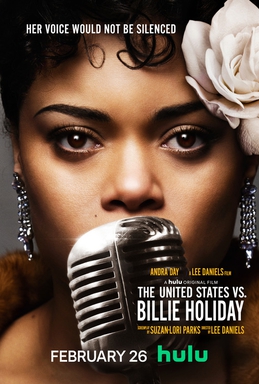 Hollywood loves a good downward spiral tragedy, especially when it involves a celebrity, real or imagined. The beautiful and talented disintegrate in full public view, from drugs, alcohol, or self-destructive behavior. We can’t look away. These stories are also Oscar-bait (look at all the nominations for A Star Is Born incarnations, or Renee Zellweger walking off with an Oscar for playing the tragic Judy Garland). Hollywood loves to turn the camera on the tragically famous as much as it loves looking in the mirror. But sometimes filmmakers focus too much on the dirt, and less on the talent of the doomed. That is that case of The United States vs. Billie Holiday, a film that sure knows how to keep stomping on a Lady while she’s down.

Legendary jazz singer Billie Holiday (Andra Day) was in the full height of her fame when the F.B.I. started stalking her. They, specifically one Harry Anslinger (Garrett Hedlund) of the Narcotics department, was obsessed with taking her down. The government was none too pleased with her singing the hugely popular and powerful song “Strange Fruit,” a song that they were convinced could invoke a riot. Why? Take a listen if you don’t know it. Holiday’s classic is a quiet, haunting interpretation of a devastating (and graphic) poem about a lynching. But even the Feds realized you can’t arrest a person for singing a song. But they knew she WAS a drug addict. BINGO!

The United States vs Billie Holiday is like a bully that likes to kick the victim when she’s down. If it weren’t enough to see her constantly pestered and tracked and set up and arrested over and over by the F.B.I. (and director Lee Daniels apparently thinks it’s not), we get to see her go through a string abusive boyfriends and husbands, as well jump on and off the wagon with her drug use. Her health falls apart just as she seems to find a nice man (ironically, the Black agent that has been assigned to follow her on tour, played by Trevante Rhodes). And, boom, another celebrity tragedy, another gone too soon.

For those not too familiar with Billie Holiday’s legacy (I raise my hand), the film doesn’t give us enough meat to show what an outstanding and hugely popular talent she was at the time (and is still revered as one of the all-time jazz greats). I give credit to Andra Day for giving it her all in playing Billie, even doing her own singing (I don’t know how accurate the portrayal was, but her raspy delivery was very pleasing). It is more likely how she was told to play Billie that makes the character not seem like the legendary Lady Day. By all accounts Billie Holiday was sassy, brassy, and strong. This Billie is a victim, over and over, which makes the tragedy triumph over her talent. It was a tragedy what happened to her—the F.B.I.’s hounding of her was a perverse obsession, and openly racist—but that should be told with a better, tighter script. But until that happens, the talent is what the world will remember, not this uneven and bleak biopic. 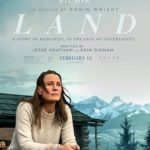 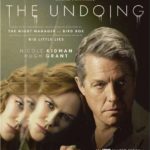