By Vickieon September 7, 2007
0 Comments
Our Rating

It’s been quite the eventful Friday.

I began the day with my annual TIFF haircut at the Aveda Institute (meaning I had to skip my 11:45am screening of Jodie Foster’s The Brave One), and had a wunderkind dynamo working her magic scissors on me. The result? Fantastic. Unfortunately, due to the heeeeat and humidity, it wasn’t long before I tied my new ‘do into a ponytail just to get it off my neck. “Lunch” was a giant, healthy, protein-enhanced Copa Banana smoothie from Jugo Juice. Mmmmmm. 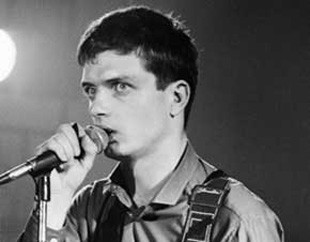 My first movie of the day was Joy Division (5/8), a documentary about the titular band and the eventual suicide of its troubled lead singer, Ian Curtis. I will openly admit that I was barely able to stay awake through this film… partly because I only got three hours (?!) of sleep last night, and partly because – on a day when the temperatures in Toronto were over 90F – the theater’s air conditioning was broken, so the theater was rrrrrrrrroasting. It was like walking into an oven. (For anyone keeping track, it was the Scotiabank 3.) Now, the Scotiabank theaters are generally smelly to begin with (#s 1 and 2 often smell of stale pee and humidity), so imagine that cranked to about 85F. It wasn’t pleasant. While we waited in line to get in, I saw a patron from the previous screening in that theater yelling at one of the fest staffers about how this was “a DISGRACE!” and how they should be warning the rest of us what would be in store when we took our seats. Namely: heat stroke.

I’m sure that the temperature and my own drowsiness contributed to my overall meh feeling about the film. I would assume that any fan of Joy Division would love the movie, though, since it features current interviews with the surviving bandmates and a ton of archival footage of television and concert performances.

I had McDonald’s for dinner and I am not proud of that.

En route to my final film of the day, I ran into Eric and Dan on Gerrard. Yay! I hadn’t seen them all day and didn’t think our paths would cross… but they did! We traded movie stories and, as we stood there totally impeding pedestrian traffic on the sidewalk, Helen showed up. A few minutes later, Heather arrived. It was like an impromptu TIFF pow-wow at the Ryerson. When we eventually parted ways, Helen, Heather and I were greeted by a very, very long ticket holders line. Thankfully, the Ryerson seats, like, 8000 people, so we were actually only in “the middle” of the line-up. 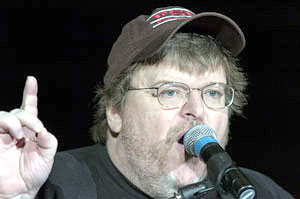 The film we were all waiting to see was Michael Moore’s new documentary. What’s that you say? What new Michael Moore documentary? Captain Mike Across America (6/8), that’s what. It was a project he completed in 2004 but shelved after the presidential election that November, and it documents his “Slacker Uprising” tour in the fall of ’04, when he aimed to get as many people out to vote (and registered) as possible via a grassroots city-to-city trek. It’s a combination of speeches and performances from some of his celebrity guests (including R.E.M., Eddie Vedder and Roseanne Barr), with coverage of his visits to college campuses in the swing states, interviews with his supporters and detractors, and a hilarious collection of fake campaign ads Moore made for the Republican party. It was an entertaining film, but it did seem a tiny bit repetitive after a while (campus, Moore, performer, campus, Moore, performer, etc.). Nonetheless, it got a very enthusiastic standing ovation when it was over.

But the big draw of any Michael Moore screening at TIFF is Michael Moore himself. He always shows up and his Q&A sessions after his films are always, always excellent. Today was no exception. Moore told us that we were the first audience to see the film – a fact confirmed by über-producer Harvey Weinstein, who was pulled into the Q&A from the back of the theater and who fielded a question about distribution – and that he was genuinely overwhelmed by our response. Apparently, the plan was originally to release the film on DVD with a companion (shorter) film (which has also been on Moore’s shelf for many years) about a lecture he gave in London after 9/11, but there may now be a theatrical release on deck for the feature portion of that proposed combo. Anyway, there were a number of questions from the audience, and the length of the Q&A had folks outside the theater super-curious about what was happening inside. I was cornered twice on my way out: once by a woman who wanted to know what movie I’d just seen and what it was about, and once by a producer for some indie film who wanted to interview me about the movie. (I declined, since I’m technically a member of the media.)

And then, bliss, I came home and was on the couch, fed, showered and relaxing, by 9:30pm. Ahhhhhhh. I hope I sleep tonight. Three hours just doesn’t cut it.

As an aside, where the hell is the Rogers Cable 10 coverage this year???? Does anybody know? There doesn’t seem to be any at all this year… could that be true?

If so, that’s HORRIBLE NEWS!

Random Factoid of the Day: The second floor meeting rooms at the InterContinental are THE place to be.

Weather For Tomorrow: Partly cloudy and not so hot (thankfully!). 25ºC with a humidex of 30ºC.

Line Buzz: I have yet to actually stand in a line, but Eric and Dan really, really liked Starting Out in the Evening. 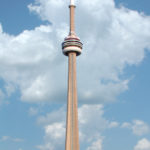 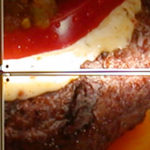