It’s always sad when Hot Docs ends. It’s like the end of ten days of documentary-movie camp, during which I got to hang out with all kinds of neat people and make new friends and do fun things like hurry from venue to venue to see a whole slew of really amazing films. Today was the last day of the festival and, though I’ll be glad to say farewell to the schedule that’s been tucked in my bag all week, I’ll really miss the adrenaline and good times. 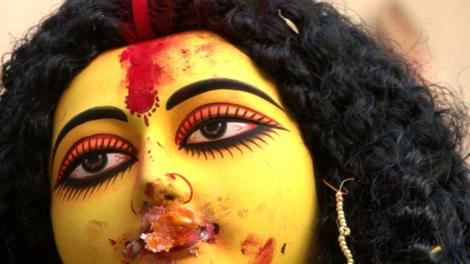 I only had one screening, and it began with a short film called Durga (4/8), a sort of meditative piece about violence against women in India juxtaposed with the Durga Puja festival, during which the titular goddess is celebrated. While the concept is a good one, I’m not convinced that the filmmaker’s point would be clear to anyone who hadn’t read the program notes. It felt a bit like just a poem being read softly by the director, which she set to colorful festival images, but the connection or contrast between the two (degradation of women vs. celebration of a woman) wasn’t evident to me on the basis of the film itself. 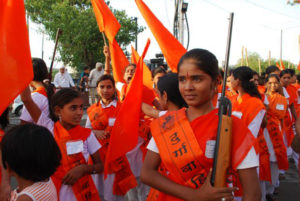 The accompanying feature, The World Before Her (6/8), had just been announced as the winner of the Best Canadian Feature award at the fest and the theater was PACKED as a result. The film presents two very different realities for two groups of Indian women: one group are beauty-pageant contestants vying for the Miss India title; the other group are young girls and militant Hindus at a boot camp that its organizers claim is not a terrorist training facility. The Miss India hopefuls undergo rigorous scrutiny based around their physical appearance, while the fundamentalist girls experience rigid judgment of everything from how they dress to what they plan to do with their lives (i.e., it had better be marriage and motherhood by 18… or else).

Director Nisha Pahuja very carefully navigates obviously dangerous waters – fundamentalist Hindus have been called the “Indian Taliban” are not ones with whom to toy – to demonstrate the radical differences and, simultaneously, bizarre similarities between these two extremes. While some of the film’s content is alarming (seeing young girls happily explain how they will kill Christians and Muslims as though they were talking about playing at the park), it’s never boring. And Pahuja lucks out in being able to feature Prachi, a young woman fully devoted to “the movement” of fundamentalist Hinduism, who matter-of-factly discusses (among other not-so-matter-of-fact things) why she feels it’s totally okay for her father to brutally beat and burn her because, in her eyes, he was generous enough not to kill her at birth.

After a spirited Q&A, I left the Bader and my 2012 Hot Docs experience drew to a close. It was another fabulous year and Hot Docs remains my absolute favorite festival. See you next year! 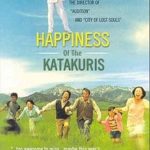