Somehow the boys’ shenanigans seem more suited to an earlier time, but the consequences of their actions are no less severe than they would be today.
By Jenniferon April 15, 2015
0 Comments
Our Rating 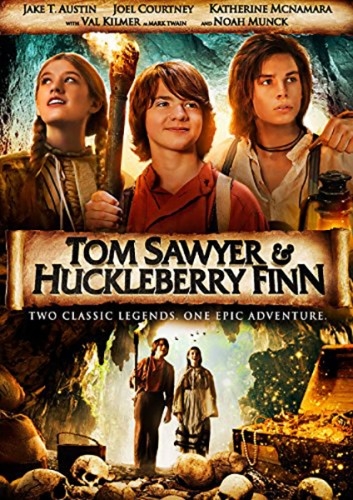 As someone whose entire appreciation of Mark Twain’s work comes from movies, I wholeheartedly support adapting his classic novels for film. Without the 1973 version of Tom Sawyer or the 1985 ABC Weekend Special Con Sawyer and Hucklemary Finn, I’d never know how fun and engaging his stories could be…because I tried reading The Adventures of Tom Sawyer and the folksy vernacular stopped me dead on the first page (don’t tell anyone!). The latest version of Tom Sawyer and Huckleberry Finn is an excellent introduction to Twain for modern kids, and even includes the author as a character in the movie.

The film begins with Mark Twain’s grandchildren clamoring for him to tell them a story. Twain (Val Kilmer) begins narrating the tale of Tom (Joel Courtney) and Huck (Jake T. Austin), following the novel as closely as anyone could while reciting it off the top of their head. Though the story takes place over one hundred years ago, the friendship between these two spirited boys is as timeless as ever. Their nose for adventure frequently gets them into trouble, but they have a way of working even that to their advantage. The famous scene where the boys con neighborhood kids into paying them to whitewash a fence (his punishment) is a classic example of their ability to turn lemons into lemonade.

Somehow the boys’ shenanigans seem more suited to an earlier time, but the consequences of their actions are no less severe than they would be today. A night spent in the graveyard seeking a cure for warts instead results in the boys witnessing a murder. Though they vow never to mention what they saw, they have to come forward when an innocent person is accused of the crime. Soon the boys are drawn into a courtroom drama, and they’ve made an enemy out of the real killer. This would be enough excitement for most kids, but there’s still a perilous treasure hunt on deck for Tom and Huck. Tom even finds time to become “engaged” to that nice Becky Thatcher (Katherine McNamara).

Though not spectacular, the 2014 version of Tom Sawyer and Huckleberry Finn is fast-paced and engaging . The fact that it also familiarizes kids with a story they’re entirely likely to study in school is an added bonus. It never hurts to disguise learning in the form of entertainment. 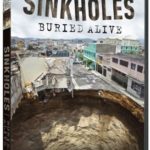