If anything, this special convinced me to never, ever move to Florida.
By Lindaon April 14, 2015
0 Comments
Our Rating 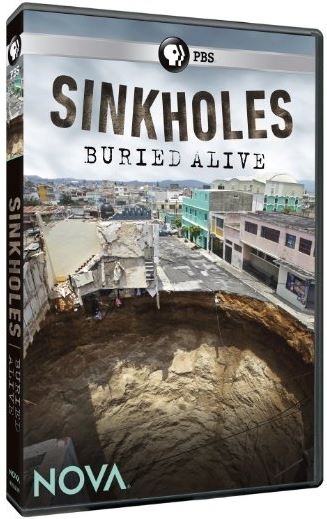 The beginning of NOVA: Sinkholes: Buried Alive is like a horror movie. A family is interviewed about one fateful night in their suburban house, where one of the adults of the extended family went down the hallway to his bedroom to go to bed. A short time later, they heard a strange noise, followed by the man screaming. His brother went to investigate, opened the door, and was faced by the gaping maw of a 20-foot-deep hole where the bedroom floor had been. The room and its furniture, and worst of all, his brother, was sucked down into a sinkhole right under the house. The man’s body was never found, despite the desperate search by his brother and the rescue teams. Oh. My. God.

Not to be morbid, but it is hard to top a beginning like that. Sinkholes: Buried Alive catches you in that moment of horror, then goes on to explain the science and reality of sinkholes throughout the globe. There is an entire historic town in Spain that is crumbling. There is that giant sinkhole in Guatemala made famous by the internet (unfortunately, not explored in this special). Then there is the South, specifically the flat, swampy states of Florida and Louisiana.

If it weren’t the hurricanes that convinced me never to live in that area, I can now point to sinkholes. Poor elderly folks, who put their life savings into retiring in Florida, are now seeing their homes sitting on land that seems to be only held together by their green lawns. (I don’t think I’ll ever shake the image of the ground-testers pushing a metal bar straight down into the lawn as though the space under the sod was simply air.) Or there is the town in Louisiana that had to be deserted because sinkholes were swallowing the swampy forests (sucking tall trees straight into the water, one of the more astonishing pieces of footage). And in that case, salt mining was to blame (yeah, oops).

Whether caused by naturally occurring shifts in the earth, or because of poor planning by man (draining aquifers, mining brine, etc.), it seems sinkholes are a problem that is here to stay. And let me add just one more morbid side note: The back of the DVD promised that it would talk about golfers being swallowed by sinkholes. Alas, I was disappointed that there was no such footage featured. 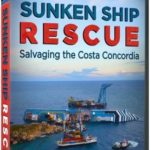 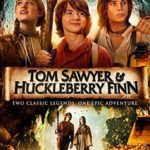