Trouble With the Curve

This feel-good movie about father and daughter finding themselves (and each other) falls flat due to lackluster performances, miscasting, and a general lack of heart.
By Jenniferon January 3, 2013
0 Comments
Our Rating 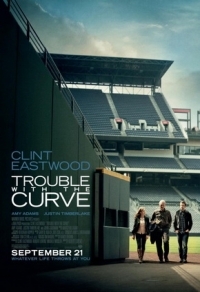 Clint Eastwood has been trying to tell us something with his movies for the past several years, and I’m finally starting to get the memo: he is old. Apparently he’s not interested in making movies about being Clint-Eastwood-old (i.e. eighty-something years old but showing no signs of giving up on life, work, or family). Nope, he wants to talk about the kind of oldness where you refuse to acknowledge major medical problems, where you’re both ornery and emotionally paralyzed, where you just don’t fit in this new-fangled world because you still drive your big car but they build garages too small. Also, he wants to talk about all of this in a grizzled near-whisper while smoking a cigar. Basically, Mr. Eastwood is an oxymoron.

In keeping with this theme, Trouble With The Curve finds Eastwood starring as Gus Lobel, a legendary baseball scout who is reaching the end of his career. Macular degeneration threatens to rob him of his sight and, his dear friend Pete (John Goodman) fears, the one thing that gives his life meaning: his work. Being the staunch and proud type, Gus is certainly not about to admit that he’s having trouble negotiating the world with diminished sight, so it is up to Pete to intervene. He calls Gus’ daughter Mickey (Amy Adams) a bitchy, er, busy lawyer whose relationship with her father is strained to say the least. She arrives on the scene in the manner of Mrs. Gulch on a bicycle, lacking only the classic Wicked Witch music to announce her entrance. Appropriately, Gus’ spawn is every bit as difficult and stubborn as he is, but in a superior, impatient, city folk kind of way.

Though a partnership at her law firm hangs in the balance, Mickey realizes the importance of helping her father and stays on to assist with a crucial recruit. In the process she slowly begins to understand her father and falls for rival recruiter Johnny (Justin Timberlake), who helps her to slow down and reconnect with her roots. It is essentially a poignant, feel-good movie about father and daughter finding themselves (and each other) and resolving their differences before it’s too late. Unfortunately, the movie falls flat due to lackluster performances, miscasting, and a general lack of heart. We’re left instead with a generic story, typical old man Eastwood schtick, and lots of squeaking from Amy Adams. 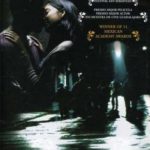