Tru Loved is one of those well-meaning gay indies where homophobes and gays end up smiling and literally dancing cheek to cheek in the final scene. If life were only so easy.
By Lindaon March 6, 2014
0 Comments
Our Rating 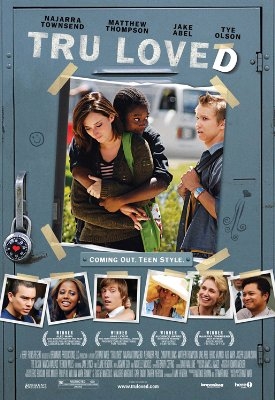 Tru (Najarra Townsend), short for Gertrude, has recently relocated to suburbia and is starting at a new high school. She struggles to fit in and make new friends, and it doesn’t really help that most kids immediately figure out that she has two moms. However, the cute quarterback of the football team, Lodell (Matthew Thompson) finds her intriguing, and asks her out, despite the protests of his asshole popular friends. Lodell seems sweet, and (warning bells!) a “gentleman”. One of Tru’s moms immediately senses a closeted gay boy, though it takes a cruising-glance from a guy at one of their musical-theater dates for Tru to get a clue.

Frustrated with the homophobia at her school that has Lodell so terrified at coming out, Tru agrees to be Lodell’s “beard” as well as his best friend. But in the meantime, she decides to start the high school’s first Gay/Straight Alliance Club, much to the horror of Lodell.

Now this is good and all, but narratively, Tru Loved seems like two different After School Specials spliced together. The second half of the film just about drops Lodell as Tru finds herself sneaking around dating a cute gay-seeming straight-boy named Trevor (Jake Abel). And because this is a gay movie, and all the gays in Hollywood know each other, there is the stunt casting of Trevor’s “dad” being played by Bruce Vilanch (insert eyeball roll).

Will Lodell be exposed as a gay to the homophobic football team, not to mention his uber-homophobic best guy friend? Or will he be brave and not beat up effeminate boys and actually come out? For a movie that ends with a gay wedding where homophobes and gays are practically high-fivin’ each other in a magic turn-around of tolerance, what do you think?

Tru Loved is well-meaning, of course, and is noteworthy as it for once stars an African-American who is also an athlete as the closeted gay. But the film is narratively chunky, making it feel twice as long as it actually is. I guess if you are a teen struggling with your sexuality, you may find something to relate to here. But truthfully there are much better coming-out teen films than this one. 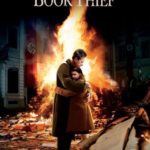 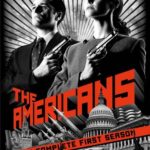