When Calls the Heart: Lost and Found

Suddenly the working relationship that had been tentatively established with the town at the end of When Calls the Heart is no longer in place and Elizabeth must start from scratch.
By Jenniferon April 9, 2014
0 Comments
Our Rating 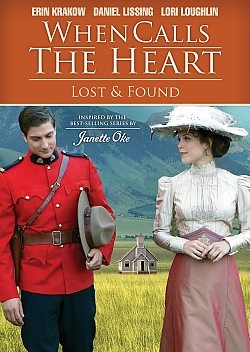 As someone who unexpectedly kind of loved When Calls the Heart, I was thrown off when its sequel, When Calls the Heart: Lost and Found began with a reworking of the plot. Instead of traveling to Coal Valley in the company of a charming constable, Elizabeth Thatcher (Erin Krakow) tumbles out of a stagecoach alone. Gone is the sweet, slightly contentious romance that had begun to bloom and instead, Elizabeth meets the town’s residents alone. As soon as she introduces herself as the new teacher, she is dismissed as too young, too prim, and too citified to survive in Coal Valley. The constable too looks down his nose at Elizabeth, scoffing at her good intentions and assuming that her wealthy father is responsible for his station in this go-nowhere town. Suddenly the working relationship that had been tentatively established with the town at the end of When Calls the Heart is no longer in place and Elizabeth must start from scratch.

Admittedly, this is not the worst thing that could have happened, and we do get some comedic antics as a result. Distracted by the sound of wolves howling in the night, poor Elizabeth burns her house down after hanging a wet nighty too close to the fire. She falls asleep over her work because the hard living in Coal Valley is just too much for her. And generally the townsfolk get a good laugh at Elizabeth’s expense at least once a day. Her inexperience at roughing it should not be mistaken for faintheartedness, however. As Elizabeth comes to know the special circumstances of the town, she does her sincere best to pitch in and assist. Most of the male population have died in a mining disaster, leaving the women without a breadwinner in the household and a classroom full of children without fathers.

When the women begin working the mines to make up for lost income, Elizabeth leads the charge to help them stay in their homes. Though not all of her efforts are successful or even necessarily appreciated, eventually the people of Coal Valley begin to view Elizabeth as an ally and an asset. Though not quite as winning as the first installment, When Calls the Heart: Lost and Found is still a wholesome bit of family entertainment. 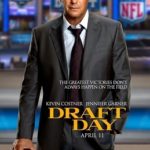 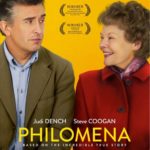