If I can say anything about Draft Day, it has a lot of balls.
By Lindaon April 8, 2014
0 Comments
Our Rating 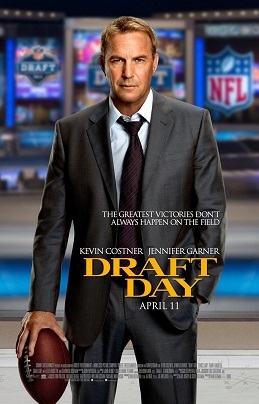 Balls, unsurprisingly, feature prominently in this movie about the manliest of American professional sports: Football.

Kevin Costner plays Sonny Weaver, the general manager of the sucky, ever-struggling Cleveland Browns. He always seems to have a ball in his hand. He had a lot of balls to take a job in a town where his Browns coach father was a demi-god that had the field named after him. He has distractingly well-tailored pants that calls for the camera to seemingly focus at his crotch level. Shoot, he just got his 20-years-younger secret office girlfriend (token woman Jennifer Garner) pregnant. He’s got balls, literally and figuratively.

The plot of Draft Day builds up to give Sonny an opportunity to show what balls he has. As the title suggests, it is draft day in the NFL. Apparently, this day to football fans is what the Oscars is to people like me. There’s a red carpet, flashbulbs, and a super-fancy, media-soaked theater waiting with bated breath for the live announcements of which college players will be selected by which team. People scramble behind the scenes, phone calls are made, and there is lots of hand-wringing from all involved.

This day is Sonny’s chance to finally build the team he wants… not one that he inherited from his recently dead Football God father. Not one that is begged for by the coach or the owner (Dennis Leary and Frank Langella, respectively). He wants this so bad, that he even has a moment where he leans on his girlfriend’s breast for comfort in a broom closet while the music swells.

A surprising amount of drama is squeezed out of Draft Day, even though the time frame covers only the waking hours of one day. Marvel at the piles of free (?) advertising this movie gives the already super-rich NFL. Marvel that there are a lot of cameos of real football folks (I assume all the people with limited acting skills were famous for something else). Marvel that Sean Combs, for that matter, has been cast in yet another film, and can’t act his way out of a paper bag.

The best part (for my audience) was marveling how the Super Bowl Champions, the Seattle Seahawks are portrayed with the number one draft pick to start with. Yeah, you can suck it Draft Day… you called that one wrong! 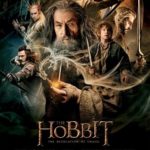 PreviousThe Hobbit: The Desolation of SmaugNextWhen Calls the Heart: Lost and Found 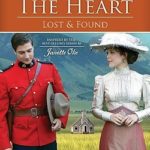