Disney’s A Christmas Carol is virtually the same experience as The Polar Express set against a different holiday classic.
By Jenniferon November 28, 2009
0 Comments
Our Rating 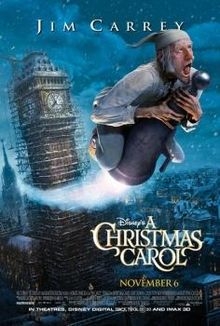 Raise your hand if you loved The Polar Express! Is your hand up? Stay here. Is your arm pressed closely to your side while you make a cringey face? Run away! Disney’s A Christmas Carol is virtually the same experience as The Polar Express set against a different holiday classic.

Sadly, I’m in the hand-down camp, so I’m in the peculiar position of not wanting to watch what is obviously a perfectly good movie.  Disney’s A Christmas Carol is fabulously true to Dicken’s original work, and is appropriately darker than many animated versions of this classic.  For anyone not familiar with the plot, cranky miser Ebenezer Scrooge (Jim Carrey) is visited by three ghosts on Christmas Eve.  They give him glimpses of the past, present, and future, effectively showing him the error of his ways and leaving him a changed man – just in time to share some figgy pudding with his poor but kind-hearted assistant, Bob Cratchit (Gary Oldman) and his family!

Jim Carrey dials down his obnoxious exuberance to a palatably Scroogey level, though he does play various characters in the movie, and A-listers Colin Firth, Bob Hoskins, and Robin Wright round out the cast.  Creepily (or charmingly, depending on your point of view), most of the animated characters look just like their real-life counterparts.  At times you can find yourself thinking, “Oh, there’s that handsome Colin Firth,” only to remember that you’re watching an animated version of a familiar face.  Interesting though the format may be, I find myself questioning the point of motion capture animation.  If the actors have to go through the motions while wearing freaky high-tech frog suits, wouldn’t it be nice to spring for costumes and just let them be human?  Your enjoyment of the film will hinge upon your feelings about this form of animation, but if you can stomach it, Disney’s A Christmas Carol is a commendable effort.

DVD extras include the featurettes “Capturing A Christmas Carol” (a look at the motion capture animation process, hosted by Jacquie Barnbrook) and “On Set With Sammi” (a kid’s eye view of a day on the set) as well as deleted scenes.  The Blu-Ray edition includes these extras, plus a feature length picture-in-picture viewing mode that takes us behind the scenes of motion capture filmmaking, an interactive countdown to Christmas calendar, and more deleted scenes.  The 3-D Blu-Ray edition includes all of the above and the exclusive 3-D bonus feature “Mr. Scrooge’s Wild Ride”. 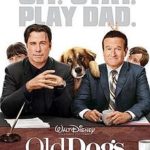 PreviousOld DogsNextA&E’s The Jacksons: A Family Dynasty offers a peek behind the famous family 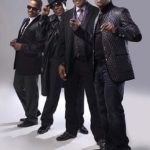