Gorgeous, thrilling, distant, and primally terrifying, Christopher Nolan’s Dunkirk is a visceral movie that is totally worthy of the biggest screen you can find.
By Lindaon January 19, 2018
0 Comments
Our Rating 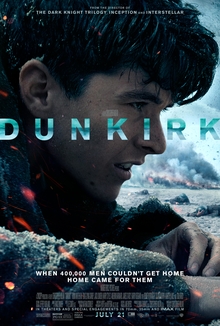 A Spitfire fighter pilot (Tom Hardy) squints desperately against the shimmering waves and blue sky to see the German bomber in front of him. For the most part, we only know him by his eyes, and we see him become increasingly worried as his broken gas gauge gives him no clue as to the time he has left. But we also see the look of determination as he goes after German planes that are in turn going after British ships.

A ragtag group of young men silently struggle to get off the beach at Dunkirk, France (along with 400,000 cornered Allied troops that are cut off by the German invaders). Proper queues for rescue ships that never arrive soon deteriorate into wandering men, cowering men, scheming men, trying to think of any way to get on any ship that can get them off the strand, where they are basically target practice for dive-bombing German planes.

An everyman and father (Mark Rylance) heeds the call of his country to help bring Britain’s trapped boys home. Part of the flotilla of civilian boats heading into war in a last-ditch rescue effort, his boat is just a typical pleasure craft that he, his teenage son, and the boy’s friend George have stuffed with life jackets from the Navy. When they fish their first soldier from the sea, a shell-shocked man and lone survivor of a sunken Navy ship, the feeling and dynamics on the civilian boat changes. And they are not even at Dunkirk yet.

Dunkirk is an astonishing film visually, especially the Spitfire flying scenes. Apparently Nolan strapped a camera to a real Spitfire, which adds to the realism of how insanely difficult it must be to chase another plane all over the sky while simultaneously attempting to shoot it down. Though there are initially two pilots, Hardy’s furrowed brow and desperately searching eyes is one of the visual takeaways that will really stick with me from this film.

Rylance and Murphy fare well with their plot, partly in that we are inherently familiar with their faces so can hold onto some connection with the characters. The boys on the beach, however, are all floppy-haired young white boys with dark hair and haunted eyes. A main trio that emerges (Fionn Whitehead, Aneurin Barnard, and Harry Styles) become the focus for their sheer survival instinct rather than any conversation skills (the main youthful soldier actually doesn’t speak the first half hour or so). Don’t expect to get too close to any of the characters in Dunkirk: We are dropped into the here and now moment of their lives, and for most of them you never find out their names. It may build on the anonymity of war, but it also leaves the viewers emotionally distant even as they are being dazzled.

Christopher Nolan is always a fascinating director to watch even when he is self-indulgent (like did he really have to play with the timeline in this story? can he not just leave the space/time continuum alone for once?). There are already murmurs of the downplaying the other countries involved in the evacuation, most specifically France. And for a flotilla of 800+ private boats, I was surprised that there were only a dozen or more on screen at any time. But beyond those flaws, which are sometimes notably distracting (at least to me), this is admittedly a thrilling and dazzling film. Seeing this movie on a big screen is what moviegoing is all about; sights, sounds, and sensory overload with a heroic history lesson to take away into the blinky adjustment of post-film reality.

The Dunkirk Blu-ray release includes about an hour and a half of featurettes describing the making of the film, with focus on the differen Land, Sea, and Air segments. If these peeks behind the scenes don’t convince you that Christopher Nolan should get a Best Director nomination and even a win, then I don’t know what would. Painstakingly avoiding CGI whenever possible, Nolan is a stickler for recreating settings and backdrops, including what I thought was the most impressive: rebuilding the deck on “The Mole”, the long jetty/outcropping in Dunkirk where the men lined up to be rescued. Background on the design of the thousands of uniforms is also fascating, as is of course how they got those amazing flying shots (strapping an IMAX camera to a vintage plane!). Undeniably good stuff! 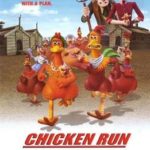