We still await a great Viking movie. This, most certainly, isn’t it.
By Lindaon December 28, 2008
0 Comments
Our Rating 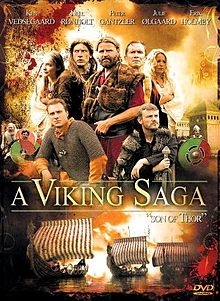 Now, why is it there there are no excellent Viking movies out there? I mean, people love warriors, battles, raping, and pillaging when it comes to movie mayhem. Movies like Braveheart and Beowulf are huge hits at the box office when long-haired men wield swords, slice the bad guys in half, and burn villages. But why is it that a movie like A Viking Saga “Son of Thor” (yes, quotes are in the title) can get an obscure critic plug like “The best Viking movie ever!” on the DVD cover, and you know it really means nothing. Though you get a slight glimmer of hope that the movie might be good… you are actually not surprised that A Viking Saga sucks. In fact the movie is wretched.

It is hard to completely slam a movie that is, well, so earnest. This is like a movie that the Viking equivalent of the Society for Creative Anachronism would make about Vikings. The costumes and weapons look pretty impressive, and all the actors glower accordingly. And (now this is indeed a rarity), the movie was filmed on location in Denmark, close to the area where real Viking ships have been dug up from the sediment of the sea channels. You have to give them some credit for not choosing a more scenic “Daneland” like Beowulf & Grendel did when that movie was made in the sparse cliffy country of Iceland.

But, wow. As soon as the main child actor opens his mouth, you physically flinch. And he does not get any better. He is truly, truly awful… as in, I was full of awe that a child actor could be so wooden. The adult actors don’t fare much better, exclaiming and waxing poetic in an attempt at some sort of Olde English (with a Danish accent). The young boy Helgi grows to be a warrior name Oleg (Ken Vedsegaard), who must avenge his father’s death. He just so happens to be pillaging a village where his discovers his childhood girlfriend that has been held captive for years and forced to become… a bellydancer? (You just know that this is so random that it is probably historically accurate… but still!) To top things off, the movie is poorly dubbed, so that Oleg’s narration is at the exact same tone and volume as his voice when his character speaks, which is truly distracting, and sometimes confusing.

To say something kind about A Viking Saga (for those who worked so hard on it), I do have to give some props to the cinematographer for creating a professional looking film (despite the poor sound editing), and the composer of the soundtrack. More than once I was taken out of the movie by the music, thinking, “Holy cow! This composer has created a score so good that you might actually be fooled into thinking the movie is good!” But don’t be fooled. A Viking Saga may be the best Viking movie around, but that means nothing when all Viking movies until now pretty much suck. 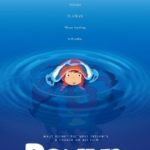 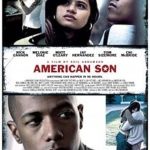