There’s never any question that the events unfolding could happen to you.
By Jenniferon March 29, 2010
0 Comments
Our Rating 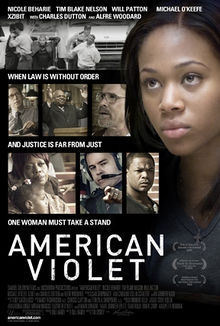 American Violet is one of those awful (i.e. brilliant and compelling) movies like Felon that rattles you to the core from the very beginning, then leaves you in knots until the bitter end.  Based on a true story, there’s never any question that the events unfolding could happen to you.  Somehow that’s far more terrifying than the notion of aliens landing or a family of creepies emerging from under your stairs.

When we meet Dee Roberts (Nicole Beharie), she is an ordinary African-American woman raising four children by herself.  It helps that her mother (Alfre Woodard) lives in the same housing project and can babysit while Dee’s at work, and, in a way, it’s convenient that her ex lives there too.  Sadly, the housing project itself doesn’t always draw the classiest residents, and is not located in the best part of town.  This makes it an easy target for drug raids, but it’s not always the bad element that gets weeded out.  Instead, sweeping arrests are ordered by the district attorney who simply wants to keep his arrest numbers up and give the impression that he’s cracking down on crime.  Names are often picked from a list by a mentally unstable informant.  Such is the case with Dee Roberts, who is stunned to be apprehended at work for dealing drugs in a school zone.

Though Dee has most certainly not been dealing drugs, she is incarcerated for nearly a month.  Like everyone else who has been falsely arrested, she’s given the choice of taking a plea bargain and going home a felon, or fighting the charges from jail… indefinitely… with dubious results.  With four children waiting for her at home, the choice is obvious—if it can be can be called a choice at all.

Dee is released from prison, but she’s unable to resume life where she left off.  Her children are shaken and wary after the experience, her ex and his child molester girlfriend are interfering more and more, and Dee finds it nearly impossible to get a job.  These are the odds faced by every person falsely arrested under this system—you risk losing your food stamps, government housing, and just about every other service that makes life manageable.  Making herself a target by fighting The Man is the last thing on Dee’s list of priorities, but when a pair of attorneys (Tim Blake Nelson and Will Patton) appear at her door on behalf of the ACLU, she realizes that she has no choice but to stand up for what is right.  This simply cannot keep happening in their community.

The odds are stacked against them, but Dee and her attorneys see the case through and manage to change the system forever.  It’s a nail-biting journey, but there’s something immensely satisfying in watching them succeed.  The genius tactic they use to do it almost makes you want to cheer and punch the air.  Not a bad thing after a movie has just put you through 103 minutes of stress and worry. 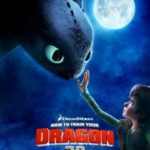 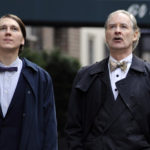