I watched the documentary Amy, not from a fan’s perspective, but from the eyes of someone who was wanting justification for why her story was more important than others. I left the film feeling sad, frustrated and angry.
By Lindaon July 12, 2016
0 Comments
Our Rating 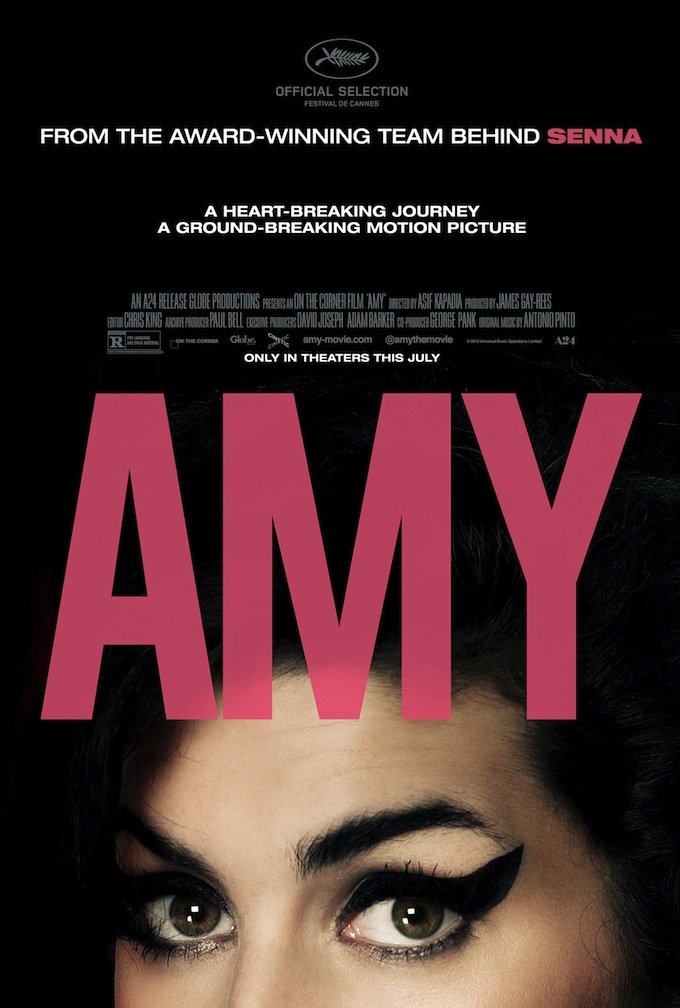 I remember exactly when I heard that Amy Winehouse died, and I was pissed. No, it was not because Amy had met with what can really only be deemed an unsurprising early death (joining the “27 Club” of dead singers). It was because the death of this young woman who, by all media accounts, was a train-wreck, completely overshadowed a much more tragic, shocking story; the one where a crazed gunman slaughtered almost 100 teens at a Norwegian summer camp. Winehouse practically had a media deathwatch, a countdown toward the inevitable, whereas the Norwegian kids had their lives just stolen from them by a random crazy person.

So I watched the documentary Amy, not from a fan’s perspective, but from the eyes of someone who was wanting justification for why her story was more important than others. I left the film feeling sad, frustrated and angry.

Opening with a teenage Amy Winehouse singing “Happy Birthday” to a friend, Amy builds a surprisingly effective narrative, punctuated with music and anecdotes from friends, family, and colleagues. For the whole film we are always watching Amy Winehouse herself, from a flirty teenager chatting with her barely-older first manager Nick Shymansky, to the train-wreck of a famous, talented singer that we all grew familiar with, thanks to the relentless media. (It wasn’t until about 2/3rds through the film that I realized that there were no “talking head” interviews on screen, just voice-overs.) The footage includes the most intimate (her and her pusher/enabler husband Blake Fielder-Civil doing drugs) to viral images of her stumbling on stage, unable to perform. The result is surprisingly successful, almost as though you were watching an arty, fictional film rather than a “behind the music” documentary.

Except for the unavoidable song “Rehab”, I was pretty unfamiliar with Amy Winehouse’s music, despite the fact that I had friends who loved loved LOVED her and her stylings. I didn’t know that Winehouse was such an interesting songwriter, and the filmmakers use her lyrics to pull scenes together in extremely effective ways. She bared her soul and her life in her songs, which is evident as we see her words appear in cursive, being “written” across the screen while we listen. There is a point where a phrase of a song is timed so perfectly with a “reveal” in the footage onscreen that I actually gasped. The film doesn’t have to tell us about Winehouse’s personal dramas; it’s all right there in her songs.

But we all know how it ends. By the end of the film, I felt I had gotten to know a young woman, who despite her talent and fame, made some bad decisions, and even worse, didn’t get help (or accept help) when she needed it most. There are a few moments, like just before the release of “Back to Black”, or when she went off the grid in St. Lucia, where I found myself thinking, “Now is your chance… run, Amy, run!” But the combination of bulimia, drugs, alcohol, and an addictive lover proved too much for her wisp of a physical body. Take out the horrific paparazzi and the fame, and Amy ends up being the sad story of that one friend, sister, brother, child or parent that everyone seems to have in their lives; one of those poor souls that was unable to defeat their worst addictions, and ended up leaving us all too soon.