Assault on Precinct 13 is better than it has any right to be, probably mainly because the actors look like they are having fun in the movie.
By Lindaon January 29, 2005
0 Comments
Our Rating 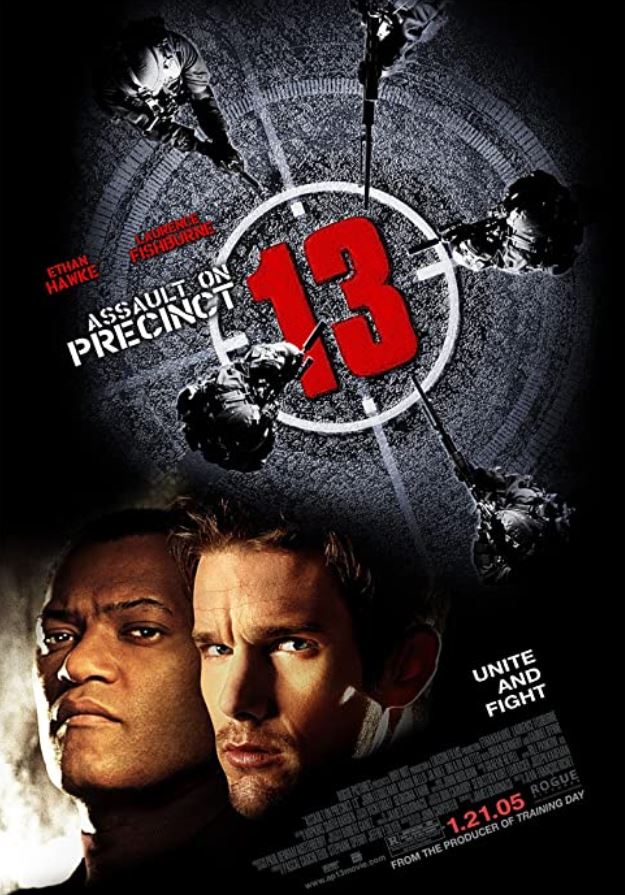 The opening sequence of Assault on Precinct 13 is an assault on the senses. Let me say this: The handheld camera with grainy and contrasty cinematography, combined with MTV-style editing should be used sparingly, people. And your film has to be actually good (see 21 Grams, for instance) to justify an entire movie using this style. Luckily, Assault only uses this unbearable filming technique for the opening scene. Why? To establish that cop Jake Roenick (Ethan Hawke) used to be a gritty badass and is now a pencil-pusher? I don’t know. But luckily for this film, things get much more watchable once the camera decides to settle down and the editor finally put down his crack pipe

Precinct 13 is a decrepit police station in Detroit (it looks like it is in no-man’s land… surrounded by chain links fences, old warehouses, and, later, a convenient forest!). It’s New Year’s Eve, the station is shutting down, and Sgt. Roenick (who is now slumming his police-days away at a desk job), a saucy secretary (Drea De Matteo, who for the first chunk of the movie, I actually thought was supposed to be a prostitute that hung out at the station), and the about-to-retire old salt (Brian Dennehy) are the only ones there holding fort one last night.

But a snowstorm has paralyzed the city, and a busload of convicts that can’t make it through the storm to the jail are forced to stop by for the night. Unluckily for Precinct 13, which is shockingly short-staffed, the bus contains Detroit’s most-wanted bad-ass mobster, Marion Bishop (Laurence Fishburne). Before they all know it, hooded thugs with big, phancy guns have surrounded the precinct, and all the unfortunate folks inside (which includes the cops, the mobster, some random petty criminals, and a wrong-place, wrong-time psychiatrist played Maria Bello, who unfortunately is stuck in a cocktail dress for the whole movie) are, for all practical purposes, screwed. Bullets begin to fly, and mayhem ensues.

Now, I’m not going to tell you anything else about the movie, because watching the desperate situation turn from bad to worse is half the fun. By the end of the movie, I mentally counted at least FOUR major characters (and several minor) getting a clean bullet in the forehead, resulting in a single seeping trail of blood dripping down, and the victim’s unseeing eyes glazed in sudden death. People on both sides get picked off one by one in creative and violent ways. It more than a little bit reminded me of Dawn of the Dead, replacing the shopping mall refuge with a police precinct, and zombies with masked thugs.

Assault on Precinct 13 is better than it has any right to be, probably mainly because the actors look like they are having fun in the movie. Even the petty criminals, like John Leguizamo’s motor-mouthed junkie and Aisha Hinds’ machine-gun-wielding “non-criminal”, quickly become distinct characters. But it is Laurence Fishburne, who by barely saying a word, steals every scene he is in. A stylish mobster—with square-shouldered confidence, a quiet but menacing glare, and blunt one-liners—his Bishop is easily the bad-ass of the bunch, making Ethan Hawke’s unlikely hero look like the scrawny white boy that he is.

Is Assault on Precinct 13 a lowbrow popcorn movie? Yes. The plot is basic and straightforward, once basic plot is established. But still, it is good, clean fun, and a lot more entertaining than the majority of formulaic cop movies. 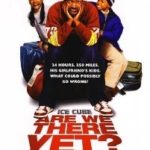 PreviousAre We There Yet?NextThe Raftman’s Razor… or one screenwriter’s whirlwind experience on the film festival circuit 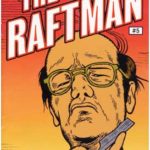