For anyone with a general interest in film, it’s always fascinating to look into the world of major filmmakers. Polity makes this possible with their America Through The Lens series, a collection of books on prominent directors and their depictions of America.

Covering the works of Clint Eastwood, Martin Scorsese, Spike Lee, Alfred Hitchcock, and Stephen Spielberg, the series examines the major themes explored by each director, the types of characters they portray, and their legacy in American film. The books do an excellent job of contextualizing each director’s work, highlighting the influences that shaped the stories they would tell. In essence we see how each director’s personal history meshed with the world around them to create the specific movies they made (and continue to make). Hitchcock came to America as a well-established British director, Eastwood achieved acclaim as a director after years of success as an actor, Lee’s films depict life from an African-American perspective, Scorsese is Italian-American with an eye for obsessive outsiders, and Spielberg is a Baby Boomer with a Jewish background whose blockbuster films emphasize the personal while touching on increasingly global/political issues. Each point of view lends itself to a unique vision of America, an attraction to specific themes, and a body of work like no other.

Though completely accessible, the series has a textbook quality, with indexes listing every topic covered by the books, and a thorough section of notes citing sources and clarifying facts. There’s something satisfying about applying academic weight to the subject of film, and it’s refreshing to look at directors as artists rather than celebrities and to consider film as an art form with historical and cultural significance, rather than simple entertainment. 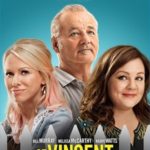 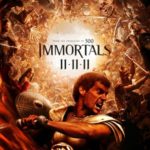