If you think your life is tough, imagine being a sad captive dolphin who loses her only friend and becomes depressed.
By Lindaon December 24, 2014
0 Comments
Our Rating 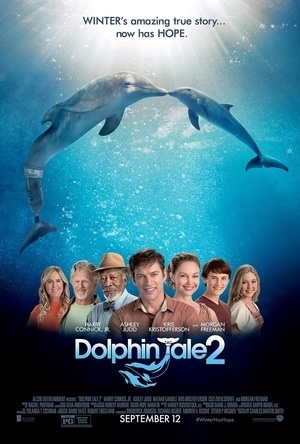 Dolphin Tale was a surprise hit family film with a heartwarming true story of an injured dolphin named Winter that finds a new lease on life with a prosthetic tale. If you doubted the story for a second, the closing credits had heartwarming real footage of amputees and other differently-abled folks meeting the inspiring animal at her new home at an aquarium in Florida. A sequel to such a story would seem opportunistic. But if you watch the extras on the Dolphin Tale 2 Blu-ray, you will be goshdarned if the story behind this sequel weren’t true as well!

Most of Dolphin Tale 2 is surprisingly grim, showing the dark side and drawbacks that sometimes cloud the best intentions. As the story begins, Winter the dolphin continues to be a big hit at the aquarium, but her dolphin pal Panama, an old girl, doesn’t seem to be doing so well. One day Panama wakes up dead! No, children, let me rephrase… one day, poor Panama is simply dead at the bottom of the dolphin pool, much to the horror of the dolphin fans, the staff that love the friendly creatures, and Winter herself.

Winter, like any warm-blooded mammal, becomes depressed. This is actually quite sad to anyone who has known an animal or human that decides that they are done with the rat race (dolphin race?). You want to hang out, but all they want to do is hide in a dark room eating chips and wearing their same pajamas all day, every day. But the viewer learns that more is at stake than a sad, lone dolphin! Apparently captive dolphins, being social animals, are required by law to be “paired” with a friend. So, it is up to the aquarium staff, led by rugged and concerned Dr. Clay (Harry Connick, Jr.) and his young assistant Sawyer (Nathan Gamble, now a teen) to save Winter.

Now, you know it will turn out OK, but when a potential friend is found–a baby dolphin orphaned on a beach–you think all is good! Dolphin Tale 2, despite its somber tone, still sucked me in with the fascinating dynamics of introducing two wild animals that are expected to share a space in captivity. If you thought introducing two cats in an apartment was hard, wait until you see the scene where baby “Hope” is first let into the tank with Winter. Yikes! Like the first film, Dolphin Tale 2 manages to balance cold hard reality with genuine rays of hope for humans and critters. Again, I was sold on this tale. 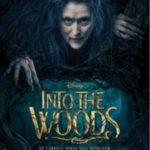 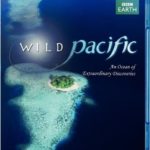