Creepy and chilling are two of the words that sprung to mind as I watched director Alex Gibney’s documentary exposé on the Church of Scientology. Coincidentally, those are also the two words that seem to best describe the Church’s founder, L. Ron Hubbard. Yikes.
By Vickieon July 12, 2016
0 Comments
Our Rating 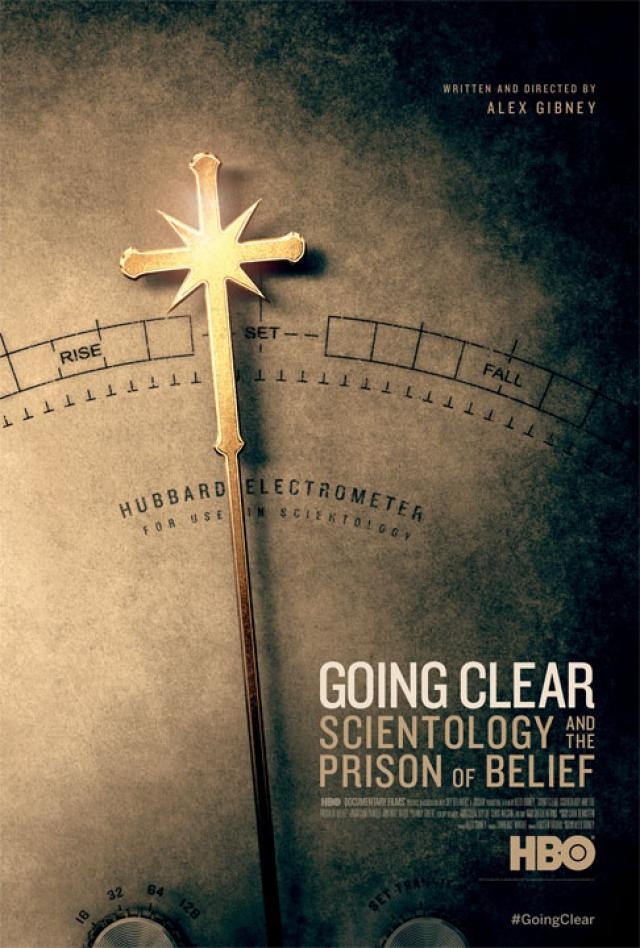 Based on Lawrence Wright’s book of the almost-same name (Wright’s title throws “Hollywood” into the mix after the word “Scientology”), Gibney’s film examines how a sci-fi author in the 1950s managed to create a controversial “religion” that has amassed billions of dollars and a devout (if small) following that includes high-profile members of the glitterati – not the least of which is poster-boy Tom Cruise – while perpetrating all kinds of behind-closed-doors nastiness.

Featuring interviews with a number of former high-ranking Scientologists (including director Paul Haggis, and one-time senior executives Mike Rinder, Marty Rathbun and Tony Ortega), the film pulls back the curtain on the Church, detailing not only the convoluted ascension process for its members and the “auditing” that results in volumes and volumes of their secrets being kept on file, but the decidedly dark and sinister practices it employs to keep its followers in line. And, more importantly, to terrify them into silence.

Most terrifying of all? The Church’s current leader, David Miscavige, who comes off as part megalomaniac, part wannabe-celebrity and part paranoid emperor, scrambling to make sure no one points out his alarming lack of clothes. (Which, of course, this film does.)

While the Church is undeniably raked over the coals in the film, equally condemned are Cruise and the other famous members, most notably John Travolta. Gibney hints at why they might still be toeing the company line – namely, that the Church has collected so much damning dirt on them via auditing that they’re convinced their lives and careers will implode should it ever be revealed. Unsurprisingly, both Cruise and Travolta declined to appear in the doc, but what about some of Scientology’s equally vocal and enthusiastic B- and C-list celebs? Where was Kirstie Alley? Anne Archer? Jenna Elfman? Juliette Lewis? Danny Masterson? It would have been interesting to hear from at least a couple of them… assuming Miscavige wouldn’t have intimidated them into silence if they agreed to participate. We’ll never know.

And, likewise, the film feels like it would have benefitted from interviews with some of Scientology’s completely un-famous practitioners (either defectors or those still in the Church) to get a broader sense of why someone who isn’t rich or famous might hate/love it, and what their experiences have been.

As it is, Going Clear – which premiered on HBO in March and is now getting a limited theatrical run in Canada – is still a revealing look at a very secretive (and scary) collective, and will undoubtedly continue to spark much debate and discussion.