It feels like an A-list director and cast were dared to whip together a B-movie stalker film.
By Lindaon May 28, 2019
0 Comments
Our Rating 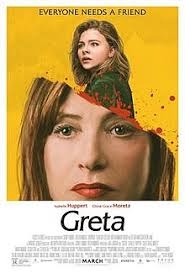 As you can see in the trailer, which literally gives away the entire film, Frances (Chloë Grace Moretz) is a lonely young woman in New York City, living with her BFF Erica in a fancy loft. Frances has apparently just lost her mother, but this is just told to us many times without much explanation. She is a good girl, apparently having the values of someone not from New York, so she picks up an abandoned handbag on a subway and decides to return it to the owner. (Native New Yorkers would probably more realistically call the cops.)

The owner of the bag is of course a sweet older woman named Greta who lives in a funky apartment in Brooklyn, surrounded by books, art and culture, most likely reflecting her European-ness. But she is alone and is delighted to offer this nice young woman some coffee for returning her bag. Frances, missing her mom, of course accepts.

But we as viewers see that the nice older lady is played by none other than French actress Isabelle Huppert, who is a master of the weird (see The Piano Teacher) and the unhinged (I half expected her to serve Frances a bottle of black ink to drink, like Madame Bovary). Needless to say, this gentle friendship with a mother/daughter bent quickly spins out of control when Frances accidentally (or not) discovers that she is not the first young woman to be lured to the apartment of intense Greta.

There are some things that Greta does very well. Anyone who has worked in a customer-facing job will wince in recognition as Greta shows up and makes a terrifying scene at the nice restaurant where Frances is a server. As Greta threatens Frances from afar, she does it via texts and photos sent to her phone, which is very effective in this age where we are all glued to our devices.

But the film is absolutely, completely predictable from the first scene. In fact, at times, it seems almost rushed to get to the end. It seems silly to complain about a glorified B-movie, but Greta and Frances had a friendship for about two minutes of film time before things get weird. It’s almost like director Neil Jordan couldn’t wait to release Huppert from her cage of domesticity.

To give powerhouse Huppert some credit, she’ll have at least a couple of choice scenes to add to her resume, from her pirouetting wackily through her apartment to a guffaw-worthy moment involving a syringe and a flesh wound. But the film as a whole just comes across as very silly and not particularly satisfying. 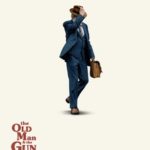 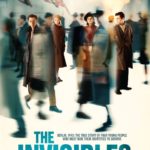