Let the Right One In (Låt den rätte komma in) – Though other vampire movies got a lot more attention and more box office (*cough* Twilight *cough*), this somber, melancholy, and strangely sweet Swedish film made a love story between a 12-year-old boy and the neighbor vampire girl (who has “been 12 for a long time”) one of the best of the year.

Buddha Collapsed Out of Shame – In the shadow of the scarred cliff where the Buddhas of Bamyan once stood (before being blown to bits by the Taliban), a little girl just wants to go to school. A combination of Lord of the Flies and a dogged adventure film, this film blew me away with its simple beauty and troubling message.

Encounters at the End of the World – Werner Herzog brings his unique and goofy world view to his documentary of the unique and quirky people who work in Antarctica—and the continent that holds a spell over them. Funny, beautiful, and haunting.

WALL-E – Any movie that causes me to spend a Saturday night chanting to myself, “Waallll-eeee… woah-ALLL-EEee… eeeEEEE-vaaHHHH!” to my great amusement gets my vote. Simply adorable.

Man on Wire – A most invigorating and entertaining documentary about a French acrobat that illegally tightrope-walked between the World Trade Center buildings in 1974, this uplifting film lets you forget the fate of the famous Twin Towers and just enjoy the crazy stunt.

Pineapple Express – This stoner comedy made me laugh more than any mainstream flick this year, and was a great escape for the hottest day of the summer. James Franco redeems his many terrible movie choices in one fell swoop.

Planet B-Boy – An exhilarating doc about the world breakdancing championship in Germany, the film spotlights dance routines from international b-boys (highlighting South Korea, France, Japan, and US crews) that I guarantee will knock your socks off.

Boy A – An awkward 20-something man is released back into the world after mysterious seclusion and rehabilitation. This quiet drama unfolds slowly and is refreshingly different than mainstream fare.

The Fall – Lee Pace plays a 1920s movie stuntman recuperating in a hospital, and he passes the time telling fantastic tales to a little girl who is recovering from her own fall. Glorious fantasy sequences fill the spaces between the friendship between a broken man and a trusting girl.

Milk – Garbo Talks! And Sean Penn Smiles! Penn is fabulous in this biopic about the inspirational politician, and the film is shockingly timely, mirroring the fight against California’s Proposition 8 repeal of gay marriage rights.

Acclaimed films that I missed that may have made the cut (or not):

High School Musical 3: Senior Year – The joy seems to be fading, especially when my friends and I are the oldest people in the theater… by two decades! 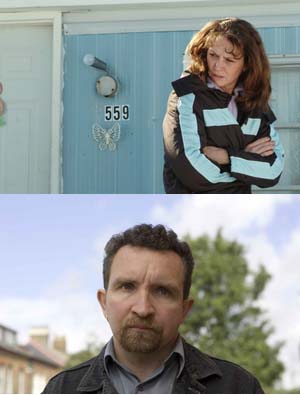 Melissa Leo as a bedraggled single mom in Frozen River who joins another woman in trafficking illegal immigrants across the frozen US/Canadian border.

Eddie Marsan as an extremely edgy driving instructor who gets so furious at his pupil Sally Hawkins that he is literally frothing with fury in Happy-Go-Lucky.

Viola Davis as a defensive mother with surprising view in Doubt (she steals a scene from Meryl Streep, no less!).

James Franco reminds us why we liked him in Freaks and Geeks, suddenly stealing Pineapple Express (as a sweet stoner) and Milk (as Harvey Milk’s longtime lover Scott) with fabulous performances.

Kristen Wiig as a self-involved surgeon (who kinda screws up) in Ghost Town.

…And, yes, Robert Downey, Jr., who had a great year as the quippy Iron Man, and as the method actor who hilariously (and inappropriately) dons blackface in Tropic Thunder.

So dreadfully bad, it was kind of watchable:

The Happening… what happened?

X-Files: I Want to Believe

Most shocking scenes, where the audience audibly gasped:

A pregnant Charlize Theron getting clubbed by a policemen during the riot in Battle in Seattle, and of course, Heath Ledger’s The Joker “making a pencil disappear” in The Dark Knight.

MVPs (aka My new cinematic crushes): 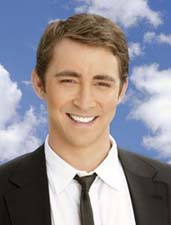 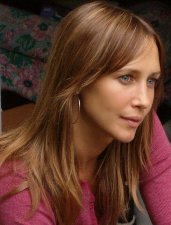 Vera Farmiga (The Boy in the Striped Pajamas, Nothing But the Truth, Never Forever), Lee Pace (Pushing Daisies (TV), The Fall)

In the Hurricane Katrina documentary Trouble the Water, we hear frantic 911 calls from people trapped in their homes by rising water, who are bluntly told by dispatchers, “No one is coming.” In the meantime, New Orleans resident Kimberley Roberts keeps filming the water rising around her house…

Weirdest conversation after a movie screening:

Well, “conversation” may be a strong word as my friend and I were followed by a curious fellow after the screening of Cloverfield, who crowed for about 8 blocks about conspiracy theories, Japanese conglomerates, and (most importantly), “sea nectar”.

Man-breasts upstage the ladies the second year in a row, as Sexiest Man Alive 2008(tm) Hugh Jackman shows off his impressive man-chest while taking an outback shower in Australia.

Most howlingly funny scene in an under-rated movie:

Ricky Gervais confronts his surgeon Kristen Wiig in Ghost Town about the fact that he may have died “a little” while under anesthesia. From the “interrupting” conversation that moves into a coat closet, this scene made me scream with laughter. Comic brilliance by two real pros.

Hoorah for the year of chick flicks! No, of course that is too dismissive, but with the combined grosses of Sex and the City: The Movie (a cosmopolitan WOMEN’S Night Out), Mamma Mia! (appealing to ABBA-rific fans and over-50s), and Twilight (with throngs of teenage girls and their friends), 2008 showed the studio bosses that people other than 14-year-old boys want to go to the movies. Take that, superheroes!

Also, getting to go to the Seattle International Film Festival’s Opening Night extravaganza, featuring Battle in Seattle and a bevy of stars proved to be a lot of fun… especially on George W. Bush’s stimulus check!