The Boys: The Sherman Brothers’ Story 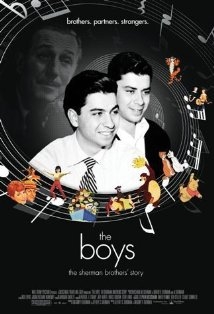 But behind the merry melodies and lively lyrics, the men who wrote the music the world loved were growing increasingly estranged.

Co-directed by Jeff Sherman (Robert’s son) and Greg Sherman (Richard’s son), this fascinating and moving documentary chronicles the brothers’ lives from childhood to present day, highlighting their greatest achievements, examining the evolution of some of their best-known songs and tracking the gradual decay of their personal relationship. Robert, the older and more serious of the two, penned the lyrics; Richard, the younger, more spirited brother, handled the music.

Clips from their enormous portfolio of work – including the scores to Mary Poppins, Chitty Chitty Bang Bang, The Parent Trap, The Jungle Book, The Aristocats, Charlotte’s Web and Winnie the Pooh – are sprinkled throughout, as are interviews with collaborators (Julie Andrews, Dick Van Dyke, Hayley Mills, Angela Lansbury), colleagues (Roy E. Disney) and admirers (directors John Landis and John Lasseter, film historian Leonard Maltin and actor Ben Stiller) alike. It’s a wealth of material and a story that has long gone untold from the hey-dey of the family-film era.

But therein also lies one of the film’s shortcomings: the meat of the brothers’ story is missing. Namely, the reason they grew apart. Despite a fairly detailed account of their personal lives, the biggest question of all is left unanswered. There are some veiled references to an incident during which a burnt-out Robert decided to leave his family only to return several days later, but neither brother – interviewed in present day, and also in footage from earlier biographic profiles – can seem to explain how or why the friction between them resulted in each one shutting the other out of his life completely. Clearly, something happened… but perhaps having the sons co-helm the film meant family secrets will always remain family secrets. That is to say: there’s probably only so much your dad will put up with or want to talk about when you point a camera in his face.

At times funny and, at others, heartbreaking, the film is nonetheless a loving tribute made by two men trying to bridge the gap their fathers forged, and a wonderfully nostalgic look back at some amazing music created by a pair of enormously gifted siblings. 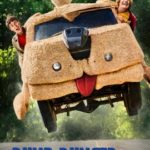 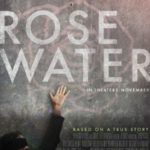