Men, Women, and Children is an excellent example of a movie not having to be likable to be good.
By Jenniferon January 13, 2015
0 Comments
Our Rating 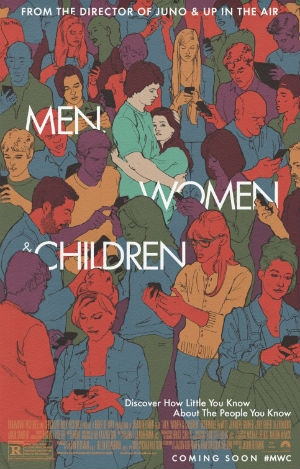 I watched most of Men, Women & Children in a vaguely uncomfortable state, not liking the stillness or the silence that punctuated scenes, not especially liking most of the characters, and generally waiting for something bad to happen. But I was interested. I wanted to know what was going to happen next, and as the plot unfolded, I kept asking myself if what the movie was trying to say was valid or overblown. Walking home, my Plus One and I discussed the whole thing – what could have been done better, whether or not certain points rang true…and still, I’m kind of thinking about it. I don’t especially ever want to see it again, but I’m glad I did.

The movie focuses on a group of teenagers and their parents and the way technology shapes their lives. Don (Adam Sandler) and Helen (Rosemarie DeWitt) are struggling with the boredom of a stale marriage, searching for excitement and meaning…somewhere. Don relies on online pornography for thrills, as does his fifteen year old son, Chris (Travis Tope). In fact, Chris has been exposed to pornography for so long and so often that he’s already reached a saturation point. Everything that would arouse an average teenager is boring to Chris, including Hannah Clint (Olivia Crocicchia), a bitchy cheerleader who dreams of wealth and fame. Her mother, Donna (Judy Greer), a failed starlet herself, runs a website featuring tastefully suggestive photos of her daughter, you know, to promote her acting, and, like, sell pictures to “fans”. Except Hannah doesn’t really act, so her fans are just random men who like to look at young girls. It’s every bit as creepy as it sounds, but somehow Donna’s intentions don’t seem entirely exploitative. She imagines she’s giving her daughter a leg up in life when she’s actually one tube top away from being a pornographer.

On the flip side is Patricia Beltmeyer (Jennifer Garner), a fiercely overprotective mom who believes every online interaction is going to lead straight to a scene from Dateline’s To Catch a Predator. She knows all of her daughter’s passwords, tracks every keystroke on her computer, and reads all of her online correspondence. She believes she’s keeping Brandy (Kaitlyn Dever) safe, but instead she’s keeping a good, sensible kid from leading a normal life. Because everyone is communicating via cell phone or online, Patricia has an unprecedented ability to invade her daughter’s privacy. It’s equivalent to recording every call placed on the family phone and intercepting every note passed in class, yet somehow the format blinds Patricia to the fact that most of the communication taking place is between normal kids just being kids. It also prompts a level of secrecy and sneakiness that’s completely unwarranted for a girl who’s doing nothing wrong. Patricia’s interference becomes especially problematic when Brandy becomes friends with Tim (Ansel Elgort) a sincere young man whose mother has ditched the family for California. In the wake of this loss, Tim quit the football team, essentially alienating himself from his father and classmates. He finds solace in the world of online gaming and in Brandy. It’s nothing torrid, no naked selfies, just two kids reaching across the loneliness. Neither of their parents understand how essential technology can be for someone feeling isolated and misunderstood.

Finally we have Allison Doss (Elena Kampouris), a sweet young girl who just wants her crush to like her. If that means starving herself with the support of an online community of extreme dieters, so be it. If it means letting him have his way with her, whatever. Hers is a case of low self esteem, reinforced by an anonymous online support group, but there’s nothing about her story that’s contingent on technology. Girls were starving themselves and trying to please boys long before the internet encouraged them, so how exactly does her story fit?

This brings up one of the burning questions raised by the movie: how do the events in these characters lives pertain to technology and the world in which we live? Are things happening to them *because* of technology or simply alongside it? Certainly Chris’ desensitization to sex can be related to the prevalence and accessibility of porn, but how does his parents’ dilemma (which leads to his father seeking an escort and his mother engaging in an affair with a man she met online) relate? The internet may have been the means of making these connections, but long before the internet existed, it was still incredibly easy to procure paid company or have a fling. Boredom in marriage is as old as time, but perhaps this is what the film is trying to show us. Certainly technology has created new challenges and unforeseen consequences (there will ALWAYS be pictures of Hannah Clint in her underwear floating in cyberspace), but most aspects of the human experience (loneliness, longing, a search for connection) simply do not change. 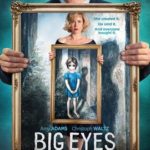 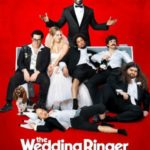