How can the presence of so many talented people equal so little fun? Well, I guess it is like going to work… 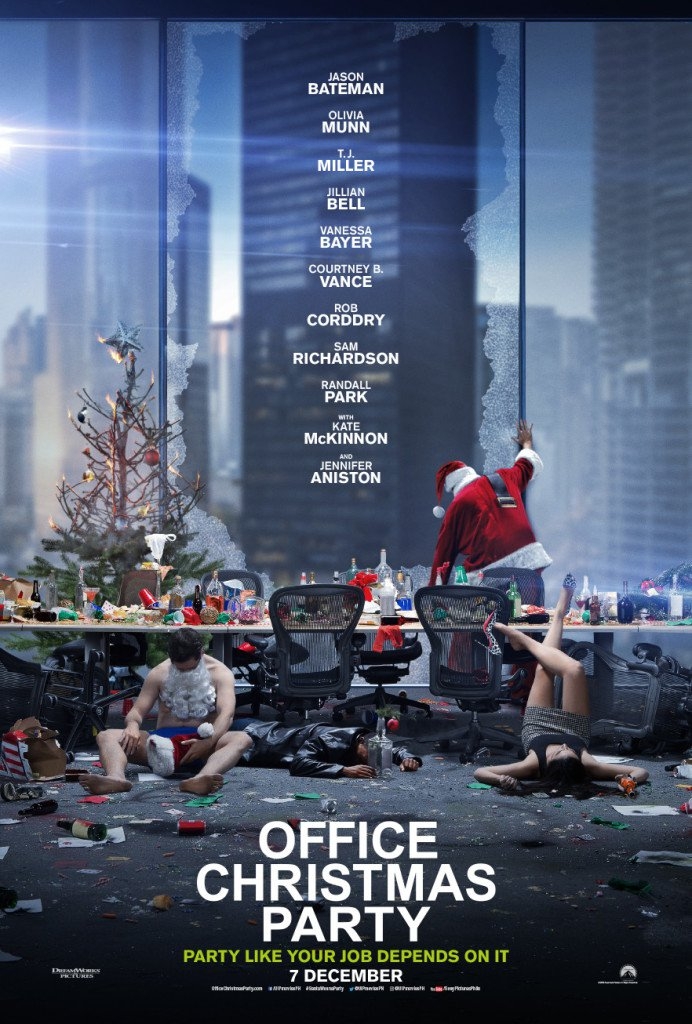 Humor in everyday office life has been sorely represented in entertainment. Contrary to what Hollywood shows us on TV and in movies, we are not all doctors, lawyers, and cops. There is a goldmine of untapped comedy in the rest of our paycheck-to-paycheck lives, shown by shows like The Office (both UK and US versions), Silicon Valley, and Parks & Recreation, and the classic comedy Office Space. A brilliant, scathing, modern office Christmas party movie is most certainly long overdue… but this movie sure ain’t it.

A tech company in Chicago finds out that the visiting CEO wants to close the branch right before Christmas. This comes as a shock to the branch president and managers, especially as they are all planning the annual Christmas party for that evening. But party on! If they can close one more deal, they might save the office!

Now, that is really all the sort of plot you need for a movie like this. Cast folks like Jennifer Aniston (who we KNOW has comedy chops, but is resorted to playing the grim/bitchy CEO), T.J. Miller (as the friendly slacker brother to the CEO, and the branch manager), and go-to straight man Jason Bateman (as the IT manager), and you can’t really go wrong… right? But Office Christmas Party flounders, despite all the talent. Is it the tired, raunchy script? Or the direction? Why isn’t this working? Despite scenes involving hired escorts, porny ice sculptures, horrific stunts resulting in head injuries, and even a car chase scene… the whole movie garners just a few chuckles, and no guffaws.

But there are a few bright Christmas lights in the tangle. Jillian Bell as Trina the pimp is bizarre and funny, and Fortune Feimster as an Uber driver steals a scene right from Jennifer Aniston. And thank goodness for Kate McKinnon. As the uptight HR lady for the office, with her multi-denominational holiday sweater and her constant threats to the staff about workplace appropriateness, she is the only main character in the film that is truly hilarious. How about a movie called Human Resources starring McKinnon’s Mary from HR? I’d watch that.