Stick Man is the sweet and poignant animated version of Julia Donaldson’s children’s book by the same name. Adapted by the team who gave us Donaldson’s The Gruffalo and Room on the Broom, this quiet little gem follows the epic (and rather unfortunate) adventure of Stick Man after he is separated from his family and taken far from home. 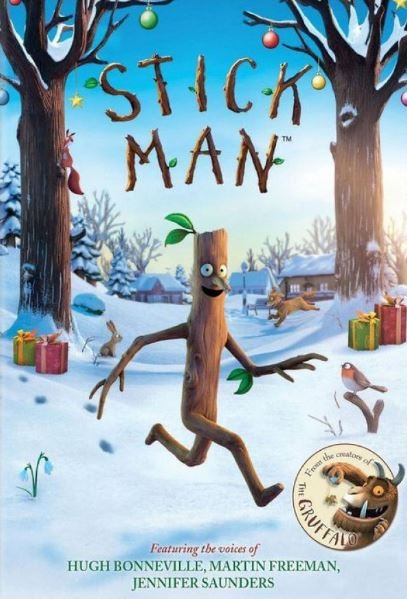 Stick Man, as you might imagine, is an actual stick who lives in a tree with his stick wife and two stick children. They share meals, play outside, and celebrate holidays like any other family. The only difference is that they have to go back to being plain old inanimate sticks any time a person approaches. Naturally this creates its own set of problems, and Stick Man learns this the hard way while out jogging one morning. He catches the eye of a playful dog and soon finds himself the object of a game of fetch.

This is the first in a long line of indignities – Stick Man becomes part of a children’s game, is built into a little girl’s sand castle, and is used in a bird’s nest. Each encounter winds up putting more distance between Stick Man and his beloved family until there is little hope of him making it home, much less knowing which direction home would even be. Finally, when things seem to have gotten as bad as they can get (Stick Man has been tossed in a fireplace), Santa comes along and saves the day as only Santa could.

Though the rhyming narration of Stick Man is faithful to the book, the animation is so emotive that the entire story could be told without words. The whole presentation is oddly hypnotic, taking the viewer through the heartbreak of Stick Man’s separation from his family to the sheer joy of his unlikely return home. It is as magical as any classic holiday special, but also takes us in a direction that is as original as it is captivating.

Special features include a behind the scenes documentary. 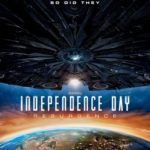 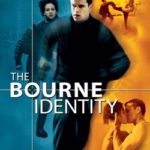