This might wind up being my favorite movie of 2012. Seriously.
By Vickieon September 28, 2012
0 Comments
Our Rating 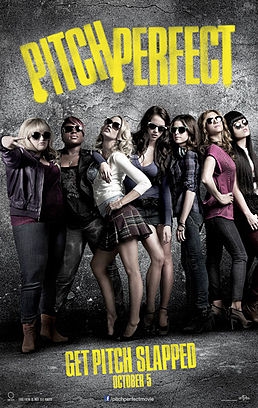 A funny, fabulous, feel-good romp right from the get-go, Pitch Perfect takes the standard competition-comedy formula and applies to the world of collegiate a cappella groups.

At the center of this harmonic convergence is Beca (Anna Kendrick, delivering a deliciously dry and droll performance), a Barton University freshman with dreams of eschewing academia to become a record producer. Thing is, her professor father (John Benjamin Hickey), wants her to stick school out for at least a year and, more importantly, to “try new things.” Enter The Bellas – BU’s all-girl a cappella ensemble, led by type-A Aubrey (Anna Camp), who’s trying to put a massive national-championship FAIL behind her by recruiting a new group of vocal vixens. Very reluctantly, Beca agrees to join the Bellas alongside an odd collection of misfits, including “Fat Amy” (Rebel Wilson, turning in yet another hysterical turn), curiously forward Chloe (Brittany Snow, looking especially hot as a redhead) and near-silent Lilly (Hana Mae Lee), whose mouse-voiced-and-near-inaudible one-liners provide many of the film’s biggest laughs.

As with any competition comedy, these girls need rivals, and those come in the form of the Treblemakers – the consistently successful all-guy group at Barton, led by smarmy and overconfident Bumper (Adam DeVine). But complications arise when newest Bella Beca and newest Treblemaker Jesse (Broadway’s Skylar Astin, with whom Kendrick has kick-ass chemistry) forge a friendship-that-might-turn-to-romance and an odd twist on the Capulets vs. Montagues subplot begins to emerge.

Filled with super-catchy musical mash-ups and mixes, Pitch Perfect doesn’t reinvent the genre but, instead, infuses it with a new rhythm and injects it with a dose of girl power not seen since Bring It On (a film to which this one has been, and will continue to be, compared). The filmmakers bring a wonderfully weird – and, more importantly, memorable and likeable – group of characters to the screen, so audiences are instantly invested in watching them struggle and compete… and, hopefully, win.

The cast is strong across the board, with Kendrick, Snow, Astin and Wilson the obvious standouts. Supporting players like Ben Platt (as doe-eyed, dulcet-toned Star Wars fan, Benji) and the tag team of Elizabeth Banks (who also produced the film) and John Michael Higgins – as a pair of politically incorrect announcers covering the competitions – are equally great and round out the roster perfectly.

If I have any complaints about PP, they are very minor. There’s a whole lot of HoYay! between a seemingly smitten Chloe and a befuddled Beca at the outset, but it goes nowhere. And a “where are they now?” update on one of the characters – who leaves to pursue Hollywood glory – would have been welcomed. But, again, those are teeny weeny issues and ones that might very well be resolved in the inevitable DVD extras down the line.

Otherwise, I could not have enjoyed this movie more. And I kind of can’t wait to see it again. 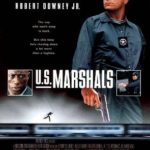 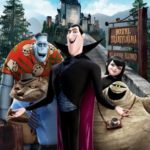