Not to be mean or anything, but it has to suck being part of the family from the Taken series. There’s so much kidnapping, and if that weren’t bad enough, Taken 3 finds Bryan Mills (Liam Neeson) framed for the murder of his ex-wife Lenore (Famke Janssen). They were totally still friends! Bryan isn’t that sort of guy! I don’t even want to guess at what will happen next time, but you can bet it will involve treachery, deceit, car chases, and knocking heads together. 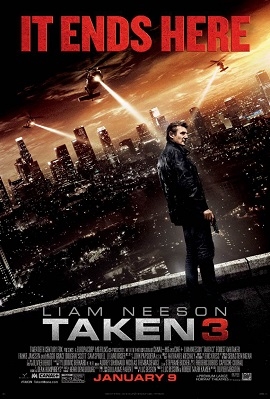 The movie kicks off with two significant developments in the Mills family: Lenore is on the brink of divorcing her current husband (Dougray Scott) and daughter Kim (Maggie Grace) is unexpectedly pregnant. This would be enough upheaval for most families, but these are the Mills. Something super awful has to happen. And so, Bryan cheerfully goes to meet his ex for breakfast one morning, only to find her dead in his bed. Police barge in almost immediately, and Bryan is all, “I didn’t do it! I didn’t see it!” and then he flees. No question. He just runs, knocking down everyone and everything in his path, and then he calls his daughter from a pay phone and announces, “I’m going down the rabbit hole.”

Admittedly, Bryan Mills is really good at going down the rabbit hole. He can outrun cops and bad guys like nobody’s business, and whatever the cops are thinking, you can bet that Bryan is already two paces ahead of them. The thing is, there’s really no indication that he needs to circumvent the entire justice system. He may look guilty as anything, but there’s no saying he wouldn’t be exonerated by working with the police. In fact, there are many clues, including surveillance video, that point to his innocence. It’s totally possible that he could have explained himself, pointed to the other evidence, and found a receptive audience in Frank Dotzler (Forest Whitaker), the detective working his case. But that’s no fun, is it?

Instead we find Bryan engaging in epic car chases, dramatic throw-downs, and narrow escapes. He craftily communicates with his daughter and confidante Sam (Leland Orser), gathers evidence, and pieces together what happened. Poor Frank toddles along behind him, snapping a rubber band and marveling at Bryan’s cunning and intelligence. It’s fun to watch, but seriously, what about all those people on the freeway who blew up on their way home from work because Bryan Mills randomly decided he needed to be a fugitive? What about all the cops he punched in the head? What about evading several officers repeatedly? What about impersonating an officer, for goodness sake? Lenore’s murder should be the least of Bryan’s worries because it’s the one thing on this laundry list of offenses that he didn’t do.

Thankfully this is a movie, and Frank Dotzler is a forgiving sort. The wreckage left in Bryan’s wake is forgotten in light of the fact that he was right all along. It’s kind of awesome. It kind of makes you want to tear your hair out. The point is not to think too hard. Taken 3 is a chase movie and it’s always fun watching the “hero” get away.

The Blu-ray + Digital HD edition includes the theatrical and unrated versions of Taken . Extra features include deleted scenes, a photo gallery, and the featurettes “Sam’s Bunker A.K.A. The Rabbit Hole”, “Taken to L.A.”, and “A Taken Legacy”. 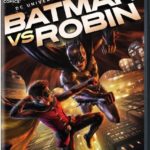 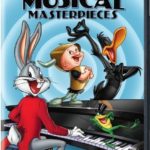