Scientists have uncovered two drops of Christ’s blood, and from that Jesus can be cloned – you know, the usual.
By Jenniferon October 12, 2013
0 Comments
Our Rating 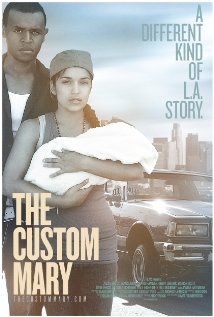 As strides in technology make the impossible possible, it seems as though scientists are often doing things because they can without considering whether they should. Throw in a little religion, and you’ve got a recipe for disaster. This is exactly what happens in The Custom Mary, a strange yet fascinating story about a plot to clone Jesus and the woman who finds herself caught in the middle.

Mary (Alicia Sixtos) is an ordinary woman whose life has generally lacked purpose. She works and attends church with devotion, but there’s nothing that really defines her, nothing she can really call her own. Preying upon this fact, church leaders select her to bear the baby Jesus. Scientists have uncovered two drops of Christ’s blood, and from that Jesus can be cloned – you know, the usual. All they need is a willing vessel, and Mary is quickly convinced that this is her purpose in life.

After being impregnated, Mary is exhilarated and filled with a new sense of faith. This new found exuberance also draws Mary out of her shell, leading to enthusiastic conversations with local mechanic Joe (James Jolly), who eventually becomes her friend and confidante. It’s all magic and excitement until the baby is born (induced on Christmas Day). Much to the disappointment of the church leaders, the baby is not fair-skinned and blue-eyed, and for some reason refuses to cry. Failing to meet their preconceived notion of the Christ child, Mary and her son are harshly rejected and told that he is simply the product of a union between Mary and Joe (which never happened).

Stunned but infuriated, Mary and Joe flee with the baby and build a new life. Though she has been used and cast aside, the process of being The Custom Mary ultimately empowers Mary to find herself and embrace the love of Joe and her child. Perhaps most importantly, she learns that her relationship with God need not be funneled through the church and the men who control it. Overall it’s a quirky, interesting little movie that poses important questions about the nature and morality of science and faith. 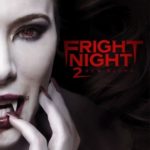 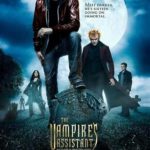