Like all Rankin/Bass productions, The First Christmas is a wonder of freakiness, star power, and holiday fun.
By Jenniferon November 27, 2012
0 Comments
Our Rating 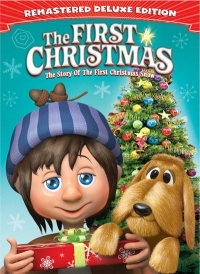 After a quiet evening spent making Christmas cards, Sister Theresa (voiced by Angela Lansbury) glances out the window and sees a young boy standing under a tree as it is struck by lightning. Not quite believing her eyes, she rallies the other nuns and they venture out into the storm to investigate. Outside, they find an injured shepherd boy named Lucas and bring him back into the abbey to regain his health.

Sadly, Lucas is blinded by the jolt and you can tell it’s for real because his little eyes have stars in them. The poor dear can’t see a thing, but with the help of his trusty dog and the nuns, he quickly learns to negotiate the world without eyesight. He visits his flock, makes friends with a little girl in the village, and above all, dreams of Christmas snow. The valley is too close to the sea for snow, and its residents can only imagine the magic of a white Christmas. With a song and dance number, some really hard wishing, and a Christmas miracle, Lucas might even regain his vision!

Though less than classic in subject matter, The First Snow is an adorably weird and thoroughly entertaining member of the Rankin/Bass oeuvre that somehow ties its tale of the sparkle-eyed shepherd to the Nativity story. The cover of the Deluxe Edition DVD looks like computer generated animation, but rest assured that this is old school stop motion animation at its imperfect best. Fans of the genre are not likely to be disappointed, though this format may seem clunky to younger viewers. The only real disappointment lies in the fact that there’s nothing very deluxe about this edition at all – just a craft featurette encouraging kids to make their own holiday cards. 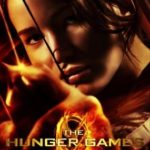 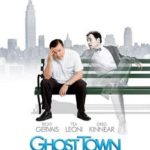